Today is the deadline for the Penguins to take a one-year extension option at the Mellon Arena. The P-G’s Mark Belko tells us why that is not going to happen. (One would think this is totally unrelated to a Rich Lord piece in that same paper.)

As of midnight tonight, the Comet Style and Usage Guide will be amended. In the future we will make reference to the “civic arena.”

Finally … if somebody would patch together a Grand Unified Theory of this Burgh Report post, this Rich Lord piece, this other Rich Lord piece, a three-part series by the Admiral beginning HERE, the implications of the legal standoff outlined by the Busman, one of our own seminal works HERE, including a comment left by reader Grant W. Stapleton [warning: his website contains offensive material] … we would be much obliged!!!

We’re looking at you, Jeremy. We have a Masters of the Universe character picked out for you and everything. 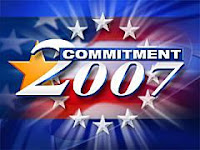 The latest exclusive WTAE/Pittsburgh Tribune-Review Keystone Poll of people across Pennsylvania has been released.

It also would appear Hillary Clinton is not doing so hot.

The Comet can find no WTAE on-air, or on-web, coverage on the state of the invitation by ‘TAE to mayoral candidates for a televised debate. Update: Although the Busman has some. 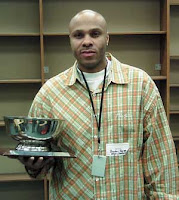 Jack Kelly is a former Marine and Green Beret who was a deputy assistant secretary of the Air Force during the Reagan administration. He is presently a columnist at the Post-Gazette, and can be described as a reliably hawkish unilateralist and free-market fundamentalist. As a special feature of the Comet, we will attempt to debunk the dangerous and foolhardy ideas put forth by Pittsburgh’s most prominent ultra-conservative.

This week’s column: Quandary in Iraq. Quandary, not a quagmire. 🙂

“Many Democrats in Congress believe the war in Iraq is irretrievably lost, or that it would redound to their political advantage if it were lost. But they don’t want to be blamed for the consequences of defeat.”

Inelegant, and incomplete. Democrats believe the war in Iraq will not be won in this current battle. In order to prevent a defeat, they are advocating a strategic withdrawal, in expectation that the true enemies will be exposed during the interval, while democracy (and security) takes root in the period of non-aggression.

“Although barely begun, the troop surge already is producing positive results. Al-Qaida operatives are reported to be evacuating Baghdad, and Moqtada al Sadr and senior commanders of his Iranian-backed militia, the Mahdi army, are lying low and may have taken refuge in Iran. As a consequence, the number of attacks in Baghdad has declined by 80 percent, the Iraqi defense ministry said last week.”

Kelly calls it the Surge working; we call it the Withdrawal working. If the bad guys are holing up and waiting us out, because of gutless surrender-talk by liberal bleeding hearts, so be it. They won’t be staging sorties, and those monkey bars have to get old after a while. They’ll have nothing to do but politick.

It is urgent for them that they find common ground, now that the British are leaving, and now that we are clearly leaving in steady stages, until spring 2009 at latest. Nobody who has power wants chaos. This withdrawal gives the factions the illusion of stability. Let us see what they work out.

The very worst thing we could do is adventure with Syria or Iran, or get too excited policing the provinces. If Iraq’s nefarious neighbors are meddling, let them meddle. The Iraqis are no fools, and the Bush administration can still bring a pretty fair diplomatic game. (Unless you listen to John Bolton.) 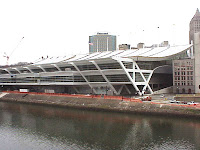 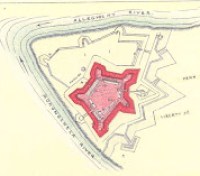 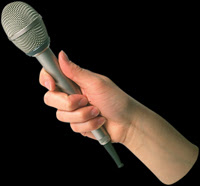 1. The science, art, and dance of discussion moderation is an important and subtle work, which will require deep and specific examination of the works of Chris Moore, P.J. Maloney, Phil Donahue, Charlie Rose, and yes, even Oprah.

2. Nonetheless, I dropped 300-small on this microphone, and I’m going to hold it, thank you very much.

3. The resentment within the black community of police officers runs both deeper, and closer to the surface, than I would have expected. And I expected some already. Some sort of reaching out, or reinvigoration, is imperitive in this crisis, on both sides.

4. Our sad, semi-conscious, zombie-like plodding through the construction of flagrant public-works boondoggles is not a good thing. How many times will the trumpet-call of “You’re a nay-sayer! You hate progress!” prevent us from realizing this in time?

5. The Pittsburgh League of Young Voters did yeoman duty to promote and support this event. Next time, we will recruit five or six more civic groups like them, to do my dirty work. As Jesse Jackson once said, “I’m a tree-shaker, not a jelly-maker.”

The next Civic Duty will be held in about a month, either back in Slibberty at the Shadow Lounge, or else at the New Garden Theater, or the New Granada Theater. Anyone with the access, or the skills-of-a-hustler, to help make this happen please contact me. Look alive.

10:56 – Joseph S. Mistick, left out of the He-Man analysis, looks at the mayoral race through the space-opera of his own generation, Star Trek. (Pictured: Sex & the City’s Kim Catrall, and Mr. Spock, in a Vulcan Mind-Meld)

It remains a mystery whom Mistick supports, until someone discovers whether he considers himself a policy wonk, or a sycophant.

The Comet wonders whether the “chicanery and skulduggery” has been limited to one-upsmanship, as in the tax-abatement tango, or if Joe is referring to something lying elsewhere … elusive.

11:03 – Battle Cat fiercely savages the downtown YMCA, who we suppose occupies some sort of midpoint between UPMC and the Little Sisters of the Poor. Ravenstahl plans to enter negotiations with nonprofits by declaring that he does not expect very much, wheras Peduto has some sort of 20-to-40-year plan.

11:09 – We of the Comet do not think that Luke Ravenstahl intends, or expects, to reap any political gain from his stance — or rather, feelings — on contraception and abortion.

11:14 – The P-G’s Elwin Green has a lovely thumbnail history of Homewood. A surprise to us: Homewood used to be an Italian community, until those displaced from the construction of the Civic Arena arrived to cause a bout of “white flight.” Which was followed by a round of “black flight.”

James O’Toole says Ravesntahl “appears to be the favorite going into Sunday’s committee endorsement.” Agreed. He certainly appears that way. Is there any evidence? Besides that everyone sort of knows that? We wonder. We wa–wa–wa–wa wonder.

He gives The Comet a plug in his list of recommends. He rightfully asks to be told of any “rabidly pro-Ravenstahl blog ” out there.

11:29 – The Trib has an Associated Press summary of the nonprofit tax contributions. There is much talk of inconsistency. Surely, nobody likes inconsistency?

11:34 – Hey Trib Whisper-People – If (#10) Ron Francis is such a peach, why doesn’t he run against Onorato? Sure he ruled that out some time ago … but the collapse at the Convention Center! The North Shore connector! The Mon-Fayette expressway! Property taxes! Won’t somebody please think of the children?

Expect the return of a re-tooled Jack Kelly Countercolumn by Wednesday at the latest. Click through our blogroll; we’ve put a lot of effort into it, and we think it’s finally where we want it to be. Have a wonderful weekend. See you on Sunday.