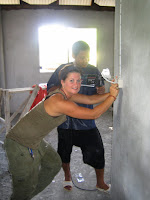 You are no doubt aware of this article by the P-G’s Rich Lord about hanky–panky in the Department of Public Works. We do not care to discuss it today because:

Instead, we return to an earlier article involving other men with big tools and big machines for building stuff (h/t Cog Dis):

The Pittsburgh Housing Authority’s process in awarding a $20 million-plus contract to improve energy efficiency is coming under fire from two firms that say it gives another company the inside track on the potentially lucrative work.

The ironic thing is, one of the losing bidders, Carnegie-based CLT, just weeks ago took heat for having been given a sweetheart deal for a streetlights contract.

What is the plot here? Is it that CLT is a bunch of whiners who think they deserve every city contract by manifest destiny?

Or is it that the City of Pittsburgh does not have strong enough processes for soliciting and evaluating bids? That they enter into the process with a clear idea to whom to award the contracts? And that this leaves them open to criticism, then to over-compensation, and then to still more criticism — to say nothing of cost inefficiencies?

Though the Siemens study is a thick binder of analysis of the authority’s many properties, firms interested in the job were provided with just a 33-page section describing the wiring, insulation, heating and other features in the buildings. Mr. Morgan said he complained to the federal Department of Housing and Urban Development, which oversees the authority, saying that since Siemens has access to its entire study, all potential bidders should get a copy. He said he was told there’s nothing HUD can do.

Or is it that all of these contractors play dirty pool? That would be a newsflash. But what to do about it?

There are people called “ADP’s,” or Anti-Democratic Party people.

We are not clear on the definition, but we know they mean people in the Democratic party.

We are listening to Diana Wentz interview Jim Burn and Ian Harlow of the Allegheny County Democratic Committee. They are inviting ADP’s to call in and discuss the endorsement process.

Before her guests arrived, Wentz avowed that Chairman Burn and the new leadership of the ACDC are pursuing wondrous reforms, but alas, these things take time. We would like to have heard specifically what problems they think they have — we actually don’t know, and the P-G op-ed did not make that clear.

There was some rote argument on how the recent primary was not so bad for endorsed candidates (deconstructed already on the Burr Reporr), and also on how the endorsement as it stands today must be tactically important because it is widely sought.

As to whether the endorsement is necessary or beneficial, there was only an oblique suggestion about the role of committee members in a endorsement-free world. We ourselves assume that committee people will still be needed to inform their communities, and advocate for Democratic principles.

But the way it was phrased seemed like a threat and a warning — you don’t want to give up your power, do you? How’s your street gonna get paved?

The first caller supported endorsements, but wound up opposing the rule that committee people are blood-bound to support only endorsed candidates in thought, word, and deed. Jim Burn sounded open to the notion, suggesting a debate may open to amend the by-laws. He did not advocate one way or the other on the air.

A certain Maria from the south side (?) called to raise an inside-baseball seeming question circulating on some choice websites, and again the chairman made some open-sounding sounds — before cutting her off (maybe due to time) and promising a debate.

We can not help but wonder whether there will follow a series of dog-and-pony reform debates in which the fix is in, and members inevitably vote to retain their power and insularity, but the party can claim there was a vote! There was transparency! We took calls on talk radio!

Just before the hour was up, Burn delivered a shot across the bow of bloggers, who are invited to call the committee, instead of continuing to be “part of the problem by blogging anonymously.”

1) We may just do that.
2) We blog under our real name, as do the 2PJs.
3) We hardly think the Burgh Report, for example, is part of any problem.
4) We have a comments section. You are invited to join the discussion, Mr. Chairman, and stop being part of the problem.

City Council can indeed be thought of as a 3-3-3 playing field, and the Hon. Rufus Peckham* is right to name Ricky Burgess as a key player.

For our money, we bet the Reverend will swing over to the progressives with some frequency, although any given issue will be governed by its particulars. National faith movements vary. Jim Ferlo is just Jim Ferlo.

Speculation as to council prez is not interesting (although at this moment we are rooting for Doug Shields).

Forget about the scientologists, already.

The points we really want to make are: 1) people are not giving Luke enough credit, and 2) if it was really the “perfect” storm … it won’t end, will it?

Tune in on Monday morning. For the season premier. Of the Pittsburgh Comet.

* He is also the funniest man on earth.

Early Returns says Michael Lamb “appears to have defeated” his opponents, which is good enough for us. Ergo, Doug Shields will remain on city council, and ergo, Cory O’Connor will be pursuing his Masters in Education. 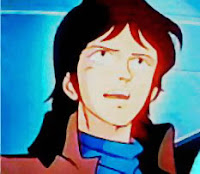 We are blogging live from the Burgess campaign party at the Homewood Colosseum — an ACDC affair! Jim Ferlo is in attendance. So are some very happy Ricky Burgess staffers.

Burgess won Garfield, they won the 12th ward, they believe they pulled 51% in the 14th ward, and all that remains is the tale of the tape in 13 – Kirkland country. Burgess staffers look an awful lot like the Kraus staffers did a couple hours ago … when they knew they were up big, but were afraid to jinx themselves.

If those results hold up, you’ve got to consider it a pretty big night for Bill Peduto.

It’s no big secret that much of the talent and energy that left the Peduto campaign found engaging work in these two races. Now, many of them will have also found gainful employment, and Bill finds himself with two progressives with whom to roll around on Grant Street.

The Dowd party is cracking, after a brief dip in morale after stronger than expected Bodack numbers in the 10th ward. We really shouldn’t call this, but … if FOX News can do it … the Dowd campaign is saying they’re up by 110 or so, and we’ll go with them. Larryville is Dowd Country. 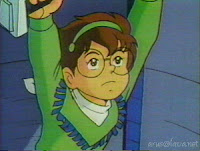 The gang at Kraus HQ has just gathered around to give themselves a hand. Their informal vote count gives them a pretty big victory; like ten points.