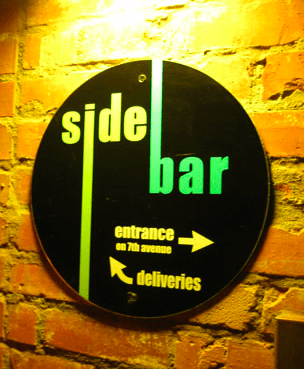 Loads of fresh “News” items just over to the right. Also updates to the candidates’ list and “Resources”. —->

ALSO: The new Heyward was pleased when his phone lit up with the 412, rather than New York. Is there a Rooney who would like to volunteer to serve on the city pensions’ board, we wonder? 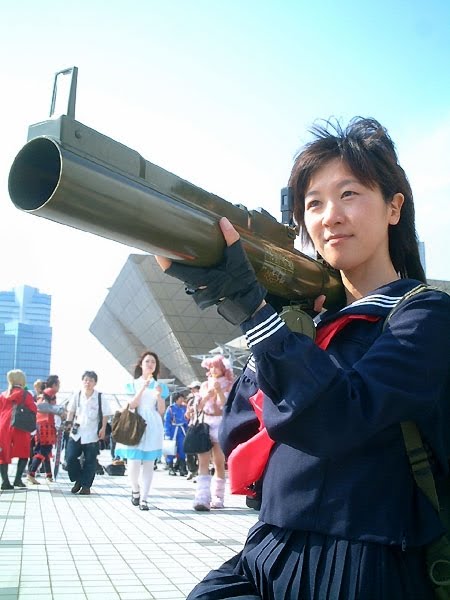 Guns don’t commit crimes, the folks who wield them do — as is the case with any other tool, like a common sledge hammer.

Yes, that son of a former schools superintendent. Made famous by Rich Lord and Mary Neiderberger.


The younger Mr. Risha also made headlines and angered some West End residents when he sought to build a strip club on West Carson Street. (ibid)

There has been a debate raging for years as to whether or not the sex industry, when left unregulated, unfettered and “well enough alone”, tends to attract an element that can be “not exactly law abiding” and result in public safety “hot spots”. Pending the outcome of this trial, this could or could not become another data point for that criminological theory; note the variety of charges against the two alleged co-conspirators.

Approaching the end of an era: 200 Ross Street is up for sale, as-is. All those bureaucrats, scattered to the four winds. But this may take awhile: LINK.

Governor Tom Corbett warns us that the natural gas industry will “take the tax but only if it gets the regulations on forced pooling.” GOOD TO KNOW WHO IS IN CHARGE. If Pennsylvania really is the Saudi Arabia of natural gas with our Marcellus and Utica shales, then with wind and solar being so woefully far distant from cost-efficiency and with nuclear power being what it is, don’t we get to call the shots? We should demand an extraction tax, no forced pooling, and pitchers of mojitos every day at 2:00 PM. LINK.

If you haven’t voted 130 times for Pittsburgh CAPA 6-12 yet, for goodness sakes why do you hate Pittsburgh? LINK.

If you haven’t voted for American sportsfan Barack Obama to speak at Pittsburgh CAPA 6-12 yet, you should probably go ahead and do that at least 75 times today.

Go to that website and rank CAPA a five (5) as many times as you want — and view the other schools’ video pages and rank them as your conscience might dictate also.

1. Has anyone asked Allegheny County Controller candidates George Matta, Valerie McDonald Roberts and Chelsa Wagner whether they plan on continuing our present controller’s mildly controversial program of posting that officeholder’s name prominently on every gas pump and grocery checkout scale in the county? It’s far from the most important issue facing voters, but to the extent that we do resent the encroachment of political cheesiness, the next few weeks represent our best chance to get the next officeholder to commit to cutting it out.

2. The Pittsburgh Citizen Police Review Board has authorized a “full investigation” into the tasing and clock-cleaning of Stone Cold Steve Austin at PNC Park. When was the last time that body undertook a “full investigation”? The broad, deep consensus opinion among laypersons out there seems to be, “You jerk around the police, you takes your chances.” The results of this full investigation are likely to represent that teachable moment for the public. 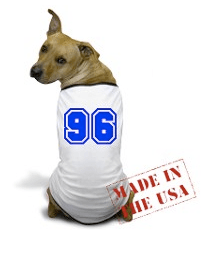 3. According to the master at Null Space, the City of Pittsburgh’s pension fund performed in the bottom 96th percentile of investment funds in the 4th quarter of last year, due to losing a “massive bet” based on market timing. A fair moment to recall that under the dreaded “state takeover” scenario, the fund is guaranteed a return of 6-and-something percent. The investment managers screw up? We get our return. The market tanks? We get our return. There is a distinct possibility that if takeover happens it’s not time to set ourselves on fire, only to figure out how to meet the higher MMO’s.

4. Speaking of which, does anybody know why and how the new owners of the U.S. Steel Tower might get around paying the$10 million real estate transfer tax? That building has been the subject of creative legalish argument before, but there’s really no clue how or who will be that creative now.

5. In the heat of a potentially pivotal election season, a P-G editorial on the major grandaddy issue of the day takes to task “city officials” for having found themselves in a stalemate which positions the city in vague “jeopardy”. Sounds like a hung jury situation. Mr. Foreman, you and your colleagues are ordered back into the conference room to once again review the evidence, listen real hard to each one another, and reach a unanimous verdict. (Or seeing as how they’ve already endorsed Dowd, Kraus, and Council President Harris, maybe they’ve made up their minds but find themselves a part of the grand quagmire? It happens.) 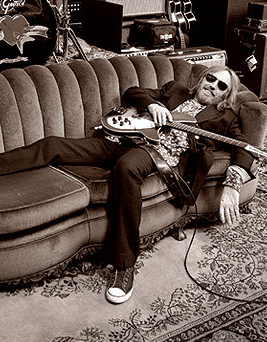 We were just thinking to ourselves, “I’ve got to think of a real funny, preposterous protest vote for this Allegheny County Executive race,” and the answer’s been staring us in the face all along!

“Rich [Fitzgerald] opposes any effort to implement the court ordered tax reassessments that targets only Allegheny County because it would result higher property taxes for residents which will make Allegheny County less competitive with our surrounding counties.”

“[Mark Patrick Flaherty] oppose[s] reassessing property values in Allegheny County and agree with proposals calling for a moratorium on court-ordered reassessments until the Legislature acts to reform the property tax system on a statewide basis.”

“[Chuck] is opposed to the forthcoming countywide re-assessment and will put a stop to it.”

The City of Pittsburgh and the Pittsburgh School District are both constituted of a disproportionate great lot of those overassessed depreciating neighborhoods — as well as enough underassesed high-value homes that a neutral and overdue assessment of property would help both governments stem the rate of comprehensive service failure and collapse.

“Chuck believes strongly in term limits and will set an example by serving one term only as County Executive.”

NOW, THEREFORE, BE IT RESOLVED that as all four candidates have demonstrated the same eagerness to swagger down an overly-traveled path of anti-intellectual regressive pandering, counterproductive executive mismanagement and obtuse can-kicking, we may as well go with the one that will allow us the mercy of a clean slate in four years, possesses decent taste in music and is allegedly at least the most transparent crook.

Done and done. What’s next? 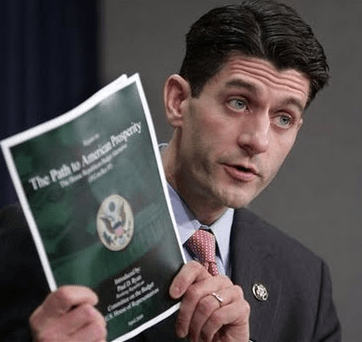 It’s your job to be the angry Democratic base, mkay?

“If we truly believe in a progressive vision of our society, we have an obligation to prove that we can afford our commitments… President Obama

Listen below to überlib Howard Dean hanging in there with Barack: The Post-Gazette supported the mayor’s proposal, but Mrs. Harris and a group of her colleagues nonetheless deserve commendation for their resourceful development of a suitable alternative, although it unfortunately now is stalled in a fresh standoff with Mr. Ravenstahl. (P-G, Edit Board)

Seems the writers are not worried about Parking Authority bond indentures being an issue, or our budget perhaps already having been wrung more than dry (UPDATE: and the resultant “capital budget crisis“), or the specter of our pension fund not having met its takeover-avoidance threshold upon further review in September. Yet if the administration resists budget implementation for these reasons or for any others, it will be rolling the political dice on how Pittsburgh responds to a more public dispute and a more visible mess of uncertainty. A great episode of Horizons.


Pittsburgh CAPA is among six schools chosen as finalists in a national competition to have President Obama speak at commencement. (Trib, Jodi Weigland)

This is all part of Race for the Top so this is POTUS Obama, not just OFA Obama. A big deal. One has to wager the administration is going to award the grand honor to a math and science school, or a perhaps a traditional all-encompassing liberal education school that is very strong in math and science — if only to send a message reassuring to investors. Still, making it all the way to the sextafinals is crazy cool.

“All the research tells us why art matters and the cognitive skills it fosters,” Pearlman said. “We see it here every single day. The ability of students to study for three to four hours what they love more than anything transfers to their academic learning.” (ibid)

It’s true. If Obama has his (or her) heart set on shining an even greater spotlight on CAPA and the arts, he could deliver a pretty compelling commencement address here. What did we do with that parking chair at 414 Grant St., can we slap a Presidential seal on it? Adaptive re-use! 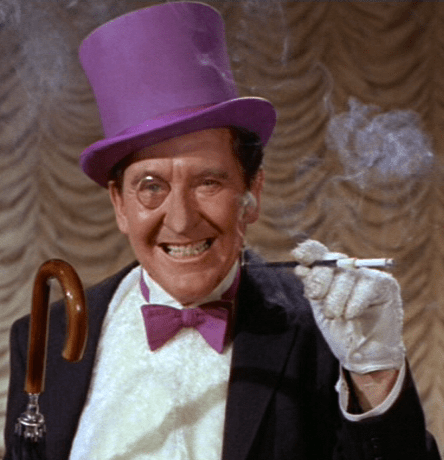