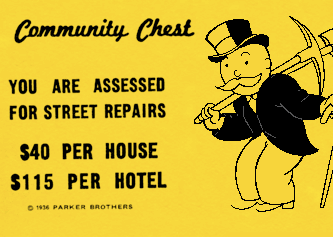 If we’re going to have property taxes (and I’m not sold on the necessity, but here we are!) we have to reassess property values regularly — so that perceived increases in property value don’t pile up, don’t go unchecked, aren’t as daring when they do happen and don’t ruin the stability and predictability of Allegheny dwellers’ budgets. Also so that all County reassessment functions remain good at what they do over a decade.

Secondly, if we are going to reassess property values only after a rare court order, we should NOT send out tax bills to ANYBODY until ALL property in the county has been duly reassessed, the appeals exhausted, and the tax rate DULY LOWERED. Not a day before.

This is the best. 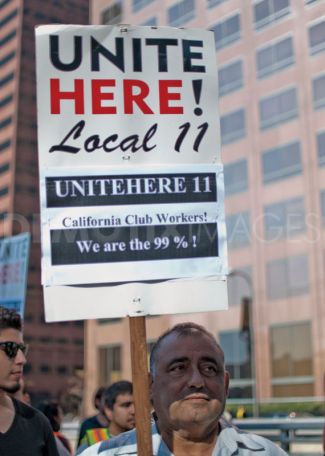 The Comet presents another unpublished submission to the ol’ P-G.

This one we began writing only this morning, so we have no idea if we’re going to get a bite. And this one is intended to be column-length; actually by those standards it comes in about 100 words under the ceiling. We’re probably going to use some of the balance to add some nice words about BNY Mellon’s evident civility, and other positive attributes.

But now. If this online, in-progress rendering doesn’t jinx it, consider this a “sneak preview” for you loyal Blur-Go-Sphere holdouts. If it fails to be published in the papyrusphere, well, here’s what I have to say. Cut and paste follows:

If unemployment were low and wages high, if health care were affordable and widely accessible, if public transit options were plentiful and public schools successful and expanding, then Occupy Wall Street would not be necessary. As things stand, it is little wonder the movement has spawned franchises in over 300 cities in the United States, including at least 13 in Pennsylvania.

Perhaps no occupation sits on a site quite so appropriate as Occupy Pittsburgh. BNY Mellon Corp. is now the world’s most overgrown securities and asset management firm, after the merger in 2006 which gave it its name. The juggernaut extracted $651 million in profits just during this last fiscal quarter — but it is the sources of much of that profit that are so troubling.

BNY Mellon prevailed upon the U.S. Treasury to be hired as “master custodian” of all $700 billion in federal Troubled Asset Relief Program or TARP funds. These were utilized to bail out banks deemed “too big to fail” immediately following the catastrophic failures of non-regulation and opportunism which created the sub-prime mortgage crisis. The taxpayer money went to job security and bonuses for those responsible for the economic collapse, without providing relief to homeowners and small business owners seeing their bills skyrocket. 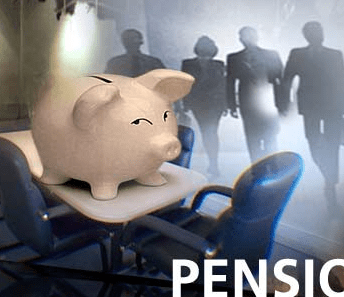 Additionally, BNY Mellon finds itself defending fraud charges filed by several state Attorneys General and a US Attorney for having allegedly skimmed billions from public pension funds. The raft of lawsuits claim that BNY overcharged its clients for foreign currency exchanges by making purchases at the best prices available on a given day, but then providing pensioners and others with the worst prices notched on those same days.

Finally this week, BNY Mellon was sued again on behalf of three more investment funds for “gross negligence” in the administration and custodianship of a fund linked to Bernard Madoff’s audaciously destructive Ponzi scheme, for which he was sentenced to 150 years in prison.

Meanwhile, the lobbying and “campaign donations” — also known as bribery — continue stronger than ever. Those questionably-attained billions are cycled back to politics in the name of fighting attempts at consumer protection, and ensuring that as little profit as possible trickles back to public schools, public transit, public infrastructure and sustainable energy development. A favorite slogan on these occupations has been, “I couldn’t afford a lobbyist, so I made this sign.”

BNY Mellon is not alone in fostering this perversion of democracy, but for generations it has been a notable player. In 1921, Andrew W. Mellon graduated from banking and industrial concerns to become U.S. Treasury Secretary, urging tax cuts and “liquidating” public investments. In 1932 after the onset of the Depression, Articles of Impeachment were introduced in Congress against Mellon for wielding his public office to enrich his own and his family’s aluminum, shipping and other interests — but he resigned before he could answer these. Fast forward to this day, and we find executives from Goldman Sachs and JPMorgan Chase similarly insinuated into government, yet the incestuous relationships produce nary an official rebuke. 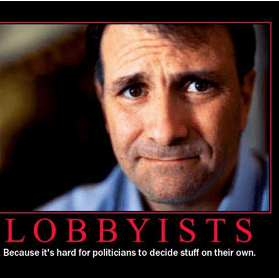 In short, the country is accelerating on the wrong track, deaf to the needs of its vast majority and in a state of emergency. Drawing within the lines clearly has not been working; those lines were drawn by “the 1%” in the first place. Occupy Pittsburgh is absolutely committed to peaceful tactics, and has demonstrated that commitment to a fault over the past two months. Yet if “trespassing” on what was meant to be an “open public space” at the foot of a morally bankrupt Goliath is necessary to awaken others to extreme and immediate crises, most will gladly remain. Even if courts and public officials ultimately feel they must intervene to clear out the demonstrators, most will be eager to demonstrate how life goes on even after a bit of peaceful defiance.

Occupy Pittsburgh remains at the corner of Grant St. and 6th Ave. in Downtown Pittsburgh. You will find Old Glory flying high above its arctic tents and yurts, housing its subzero-rated sleeping bags and blankets. To take a stand at this overdue moment in American history and ensure that people and communities are prioritized over profits for a diminishing few, come together on that spot this week. 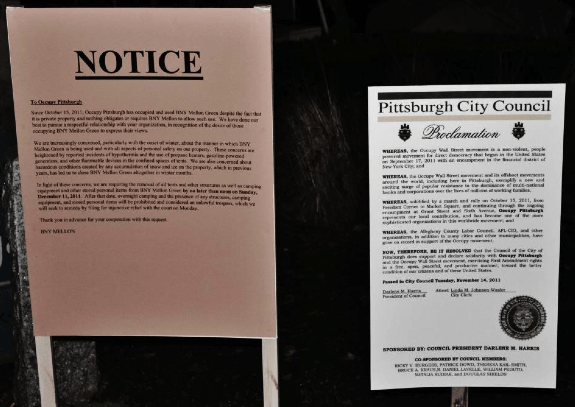 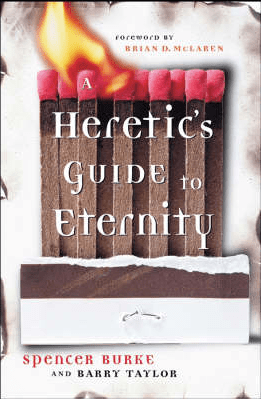 Right. How to get things started? How about some rare, B-side, never-before-published material?

I wrote the following letter to the P-G in the wake of its 9/22 editorial Pension Reprieve. I edited it only slightly and resubmitted it after a follow-up editorial four days later entitled Better Mayor. It was not picked up (not a criticism — some great letters appeared on the days it might have run) but even still, it tends to stay relevant after pieces like Tackled for a Loss and most recently He’s no JFK.

So without further ado:

In recent weeks, PG editorialists have bluntly set themselves the task of deposing Luke Ravenstahl as Pittsburgh’s mayor. While I certainly appreciate the thrill of donning a helmet and charging into political battle, we must remember that the challenges a city faces are indifferent to simple changes of the guard.

To wit, the pension “solution” crafted by City Council and the City Controller satisfied the whim of the state Legislature but did nothing to address the underlying funding crisis. Although your editorial pointedly refused any credit to the Mayor for helping to avoid a “state takeover,” the fact that underwriters and state officials credulously assented to the unprecedented arrangement is proof enough that city leaders must have been working grudgingly in concert.

Specifically, the Mayor was wise to leave certifications of compliance and his Finance Director’s signature from the documentation entirely — in some matters, discretion is the better part of valor. An I.O.U. for $735 million over 31 years time generates no present-day liquidity with which to earn interest, make investments or actually pay pensioners from an account poised to empty in a handful of years. The claim of being “62% funded” is a grand, mutually agreed-upon fiction.

Like it or not, the only solution proffered on a scale befitting the crisis was Ravenstahl‘s proposed leasing of public parking garages and meters to private investors. That it proved unpopular should have been no surprise, as it committed the cardinal political sin of honesty — the honesty that a billion dollar debt cannot be paid without noticeable discomfort.

Soon we will again be right here, facing the same intractable difficulty only with a slimmer menu of options. Try not to be surprised if in hindsight we regard this mayor as having somehow seized the mantle of seriousness and foresight. 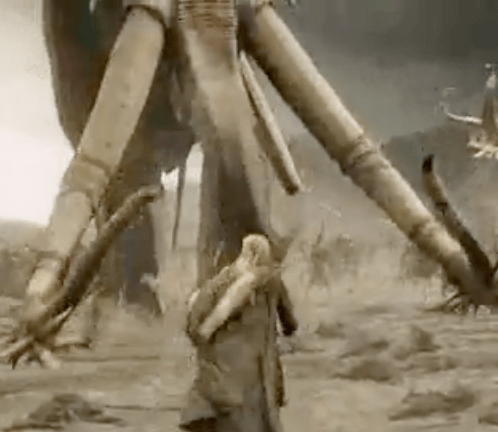 I realize this begs for some explanation. How, during the very week that protesters had garrisoned Zuccotti Park, could a future 99 percenter issue a letter advocating the selling out of public assets to Wall Street investment bankers?

Obviously the answer has a little to do with public employee pensions — and a lot to do with basic math and Pittsburgh’s pension history. I wouldn’t recommend leasing revenue-enhancing assets as a general rule; the city obviously was (and remains) under the thumb of bond holders and a legacy of evacuation, parasitic financial advisers and near-sighted political leadership. A spiritedly negotiated long-term parking assets deal would have constituted a a bit of swashbuckling derring-do, a turning of the tables, a “So crazy it just might work” style of arrangement.

Mr. Peduto suggested that the city borrow a smaller amount for 2012 and 2013 and preserve borrowing power for future years. (P-G, Joe Smydo) 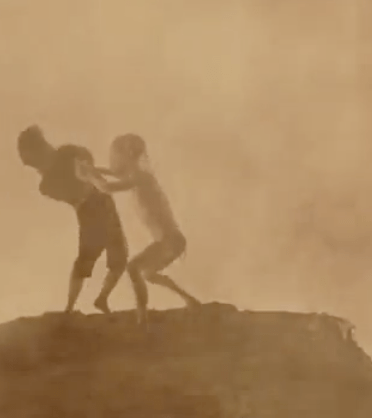 Indeed. Trying to recollect if anything might possibly occur as we turn the page to 2014 that would make the receipt of bunch of money more palatable to several at that time.

The real issue however is, how much money would we have to borrow come 2014? How much will we have to borrow, either and any way, to satisfy the pensioners, the other creditors, and the demands of our routine “capital needs” we have routinely been failing to meet? How many hundreds of millions of dollars? Two? Three? More?

A better question: who is working on a new, presumably improved parking assets deal? After all it is that or “renegotiate” with our various creditors, isn’t it? I know it seems like campaign season already, but it is in fact still 2011. The time horizons for the “Wait until somebody we all like better can execute various maneuvers” gambit make it the more fantastical, unrealistic feat of derring-do. Not possible without a ton of CGI and willing suspension of disbelief. Do not try this at home.