56 versus 36 for Purcell and 8 for Schuilenburg

*UPDATE: 60% in the City Of, an operative mentions (PG Early Returns).

Shows how much everybody I know knows…

Mustio is losing by quite a bit… 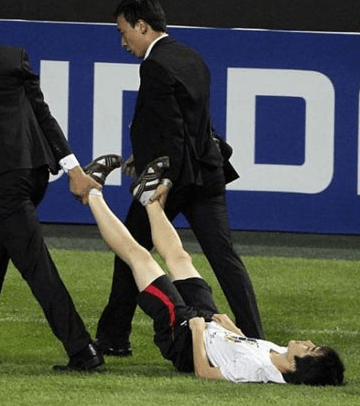 1. It helps labor, if labor is in cahoots with itself.

2. It helps the party, if the party is motivated and well-organized.

3. In the presidential contest on the Republican side, in light of this need for organizing discipline and passion we might see a slight bump for Ron Paul. RON PAUL NEVER GOT HIS TURN AS THE ANTI-ROMNEY.

4. Do you suppose turnout is so markedly awful because people were turned away or more likely intimidated by the new Voter ID law?

The weather in Pittsburgh is chilly but fine. Stay tuned. 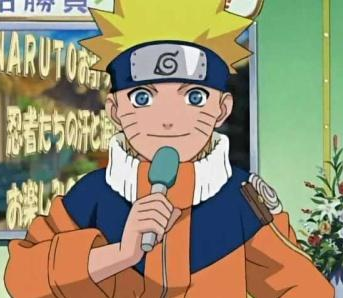 There are five races in Comet Country we will be watching…

1) The Hon. Joseph Preston vs. Ed Gainey – The 30-year legislative war horse backed by anyone who retains fruitful working relationships with him, versus the 30-something year old backed by both progressive labor and, narrowly this time, the Democratic committee. This is a rematch of a 2006 contest which Preston won by 1 percentage point over Gainey with a 7-point spoiler in the mix. This go-round, the incumbent’s operation seems perhaps 6 years more aged, having had significant trouble retaining his spot on the ballot — but age and decades of experience isn’t always a bad thing with church ladies and so forth.

2) Marty Schmotzer vs. Erin Molchany – Party designee Schmotzer took $50,000 from the Allegheny County Clerk of Courts system years ago but counters that he paid it back after it was pointed out to him that this is not considered best practices. Labor favorite Molchany argues, really? and, c’mon. The party may have supported Schmotzer’s bid in person under the watchful eyes of committee chair Pete Wagner, but it will be interesting to intuit how many of them actually don Schmotzer apparel and do the deeds today. Tony Coghill.

3) The Hon. Jason Altmire vs. the Hon. Mark Critz – Republicans redrew the lines which shuffled these two incumbent moderate Democratic congressmen onto the same battlefield, and most analysts say Altmire got the better end of the deal. That might be reason enough for Democrats to stick it to the man with a vote for Critz. A P-G editorial urges support for Altmire because of “key” votes to repeal Don’t Ask Don’t Tell and to fund Planned Parenthood, yet the Comet has spoken with various leaders of gay civil rights and other social-progressive organizations who argue, “Eh, those are just two votes out of many on our issues. It’s a craps shoot with both of them,” and are keeping their powder dry. Meanwhile Altmire’s works-well-and-plays-well-with-others score tends to trip him up from Capitol Hill to local labor halls to viewers of 24-hour cable news with long memories. LET’S PAUSE HERE. These are different coalitions, but if the Gainey + Molchaney + Critz parlay comes through during this 99% Spring, expect progressive labor to emerge from the primaries walking like they’re another 10 inches tall and proportionate degrees longer, heavier and stronger. Similarly if Preston + Schmotzer + Altmire does well (let’s say 2 out of 3, it’s an uphill spread for them) regard traditional wholesale politics and the business community as potentially back in the saddle ’round here.

4) The Hon. Adam Ravenstahl vs. Mark Purcell vs. Dave Schuilenburg – Advancing freshman incumbent Adam the Low Key, brother to Luke the Famous, is going to win this race handily despite an alleged outrage over having never (at least according to Purcell) spoken from the House floor during his roughly 3-year tenure. Institutional enthusiasm for any likely opposition simply has been non-existent; many claim one does not simply walk into Mordor. However the last time that seat was similarly challenged, incumbent powerhouse Don Walko beat Susan Banahasky 55-35 with a 10 pt. spoiler; and in 2010 when Ravenstahl secured his first full term, he notched 40% against 3 challengers. It might be interesting to gauge his margin of victory today.

5) The Dishon. Mark Mustio vs. D. Raja vs. Sue Means – We throw this in the mix for all the Republicans in the hizzy. Supposedly we should be watching this race because of Mustio’s negative mailers, yet I am not convinced Raja is the ideal vessel with which to test the maxim, “Karma’s a b”. If Raja had snappy and indignant responses for the marginally more savory attacks against him regarding outsourcing and lawsuits, these did not successfully breach the media and make it to my holdfast. Are the wags now claiming that if Mustio loses then his negative mailers are to blame, ready to allow that if Mustio succeeds his negative campaign must be credited?

Also, there is a high-profile contest for Democratic nominee for state Attorney General, but everyone I know, follow on Twitter or have heard tales about thinks it’s very important we all vote for Patrick Murphy. Who needs a professional woman when we have a reliable, respectable and widely-liked political campaigner to launch at Republicans, is the thinking we suppose. 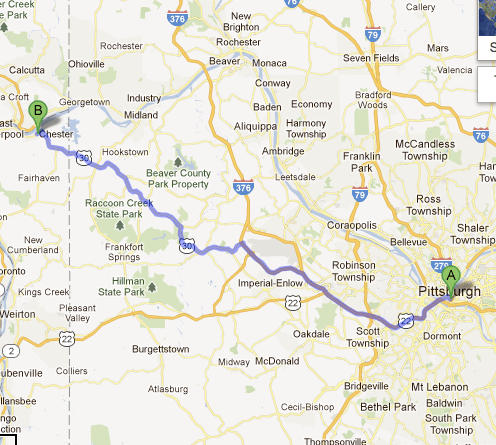 The old Taylor, Smith & Taylor pottery plant is that much closer to fading into history, public processes permitting.

“I don’t want to call it a ground breaking,” said Ford. “It’s the first time I’ve ever had plaques put on sledgehammers instead of shovels.” (East Liverpool Review, Kate Everly)

No word yet what will take its place. Despite costly complications arising from dreaded asbestos, the mission is to see the site “flat by fall“. With close proximity to what will be the Monaca Cracker, however, people now seem triply positive that something productive will arise. The Rock Springs Riverfront Redevelopment Committee has sprung up to provide community input.

UPDATE II: Such a rare, beautiful sound when everybody is reading from the same hymnal (ELR, Kate Everly)