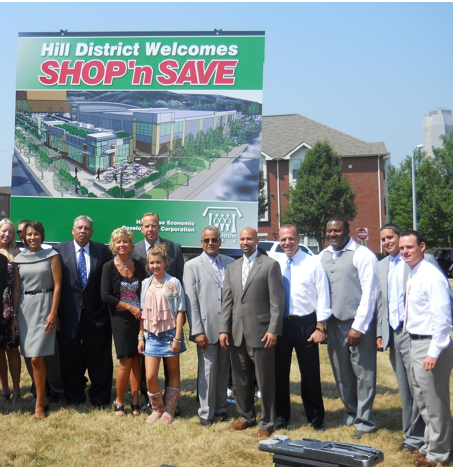 Seriously, can anyone make heads or tails of this new C-P article?

Subcontractor quotes come in high after hitting the streets of reality (or whatever the diddly) all the time, but miracle of miracles, somehow things get built. There have been multiple huge gaudy press events with mayors, county executives and URA officials. So even if the problem truly has been inexperience, incompetence or non-criminal corruption among the development team, could not said public officials have gently redirected the responsibility into more reliable hands by now? In-charge people are the best at being in-charge.

DIMLY RELATED: The Penguins are looking to the creators of Philadelphia’s “Xfinity Live!” for ideas on how to develop the arena footprint. A local architect / planning bloggers’ review has surfaced terming that development “a Downtown Simulator” for “suburbanites too scared to walk around Center City.”

*-IMPROVEMENT: It has been brought to my attention that this blog post evinces “lazy writing” and “evasive circumlocution”. So indulge me in a mulligan as I highlight two pull-quotes from AmyJo Brown’s City Paper article:

“There’s a core feeling in this community that this project is being made to be more complicated than it needs to be,” says Cheryl Hall-Russell…

“There’s no one person they’re blaming for it, but there seems to be this thought process that they — ‘they’ — don’t want us to have a store,” she says. “They tell me that ‘you’re going to discover that ‘they’re’ going to put barriers in your way. We believe in you, but don’t underestimate ‘their’ power to stop this from happening.'”

Yeah, mark me down as one of those. 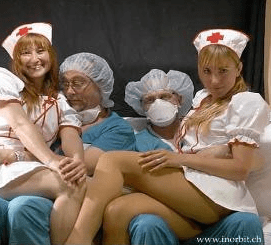 It wasn’t that long ago that health care titan UPMC ceased using fanciful terms like “excess margin,” and instead began admitting it achieves “profits”.

Now, in the wake of a Pa. Supreme Court decision making clear what sorts of organizations are properly tax-exempt under the “Purely Public Charities Act”, UPMC is steering clear of public officials’ assertions that the health care giant is not in itself a “charity.”

UPMC declined an invitation to discuss the issue at Pittsburgh city hall — perhaps turned off by a concurrent examination of its labor relations practices. Yet even in responding to media reports about the court ruling and threatened tax-status litigation:

But in a written statement, UPMC spokeswoman Susan Manko said UPMC provided $565 million in charity care and other community benefits last year and “any sort of new tax scheme would certainly result in less (not more) monies for our region.”

UPMC is electing to make a practical argument. It is not saying that it is a charity, but rather that it is charitable. Crucially, it has yet to represent that it would be able to pass the court’s test to continue being considered exempt from certain taxes.

This may be indicative that prospective litigation against all the major health care nonprofits’ tax statuses, if indeed pursued forthrightly, would be likely to bear fruit.

THERE ARE TWO THINGS COMET READERS CAN DO:

1) When you receive your County property tax bill, respond only with a letter explaining that you already pay income taxes and sales taxes, that you provide for your family, and are great help to your employer and your chosen industry. Inform them also of your support of community and charitable endeavors, including the Boy or Girl Scouts, the PTA, Race for the Cure, and if applicable the Pittsburgh Promise. Imply that this is far more important than paying property taxes for public safety, public transit, public education, public debt and public asphalt — and be sure to state clearly that you plan on transforming yourself into more of a miserly, uncharitable bastard if charged with tax evasion.

2) As consumers and equitable providers of public safety, transit, education, debt and asphalt, go and get yourselves together, hire an attorney, and take the nonprofits to court on your own. Even if Pittsburgh City Council is not now merely feinting towards the permanent legal solution — in an attempt to negotiate and be bought off cheaply with a measly couple more million in “payments in lieu of taxes” through the Pittsburgh Public Service Fund — even then, the political makeup and intestinal fortitude of the Council may not survive through the requisite seasons of elections and expensive lobbying.

It was groups of citizen-plaintiffs which finally took down Allegheny County’s inequitable and unconstitutional “base year” property tax assessment scheme, despite endless political machinations. We can support the populist rhetoric now faddish in Council Chambers, but perhaps ultimately we will have to do so also with improper, unconstitutional tax exemptions. 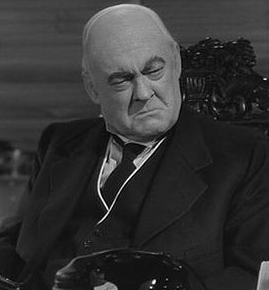 Allegedly, a glitch on its own end and/or 3rd party carelessness resulted in a foreclosure and eviction, but…

We’ve contacted PNC and will post their response when we hear back. (CP Slag Heap, Lauren Daily)

That’s how it’s been for weeks. Maybe if more people kept asking them more. Ahem. 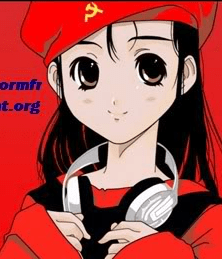 The Allegheny Institute is so horrified that Councilor Natalia Rudiak thinks all workers ought to be able to earn $53,000 a year, it won’t even print her name.

Meanwhile, UPMC and City officials are going to engage in some sort of Socratic dialogue tomorrow. 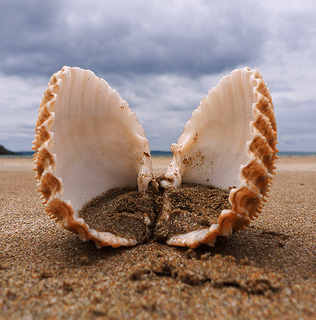 The Royal Dutch Shell plant will bring somewhere between 400 jobs and 40 times that many, according to best information available to the Trib’s Eric Heyl — counting projections of “indirect” and “induced” jobs.

Interestingly enough, we’re still on track to lose almost 300 teaching jobs in Pittsburgh due to budget cuts. Has any institute conducted research on how many jobs (held by future high school graduates, chalk supply companies, and everything in between) will “indirectly” be eliminated or be “induced” to evaporate due to this? Somebody should ask the American Chemistry Council to examine it.

Perhaps the state can get away with giving Shell $1.25 billion in tax credits. Or a meager three quarters of a billion. Do you suppose anybody is negotiating, or is it a binary “yes” or “no”? Maybe it would be to Governor Corbett’s immense advantage were he able to turn convincingly now to Shell and say, “Aw, man, those Democrats and moderate Republicans, I’m trying my best, but they keep whining about my righteously aggressive cuts — can we make it work for less than the full $1.65 billion? You know how people are. We’re so close, can’t you taste it?” 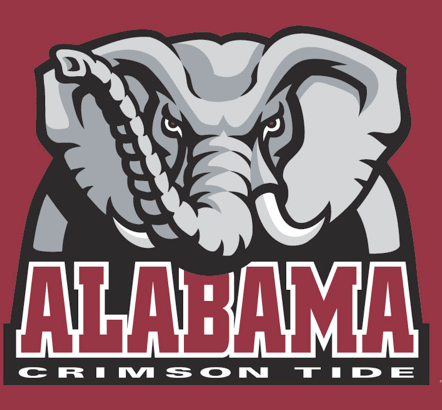 Just don’t taketh from the tree in the center, else we shall be cast out of this paradise. 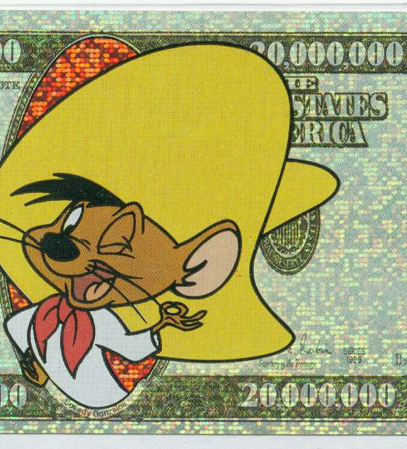 That is, if you have a horse in the whole privatization debate.

(not his usual Angela Merkel trolling) 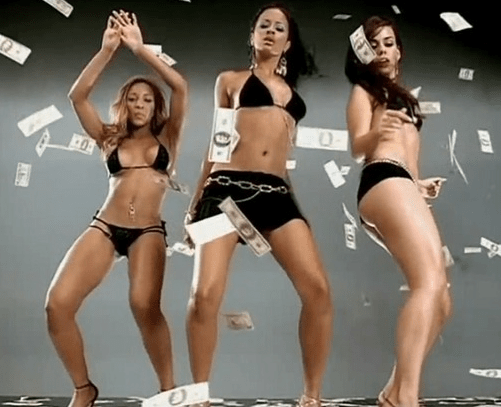 If organizations like Highmark, UPMC and city universities don’t measure up to state nonprofit criteria, Pittsburgh could stand to gain tens of millions of dollars more in revenue from real estate and payroll taxes that are currently waived.

Harris said a Pennsylvania Supreme Court decision in April found that a nonprofit working in Pike County didn’t meet the state constitution’s criteria to be a “purely public charity.” She said the ruling has opened the door for legal challenges to other nonprofits’ tax exemptions. (EPR, Noah Brode)

Great. Off we go!

Harris said her investigation into tax exemptions would take longer than 18 months to finish. (ibid)

What? So long? With $60 million or more at stake annually, and a fresh legal template at our disposal?

Perhaps once the Mayor’s office joins the Council President’s effort, things might be sped forward.

ALSO: The PA Supreme Court ruling at issue Bobov vs. Pike, which basically states that the Legislature can not replace the Judiciary’s role in defining Constitutional concepts like “Purely Public Charity” simply because the Legislature would like to please hospital and university officials through using a much more lenient test than that which has been used by the Courts in the past. Thanks, Pike! The Ironborn will reave and pillage as it was in the old days all along the northern coast.

UPDATE: District 4 press release reports that Councilor Rudiak has called for a special public session to “examine the economic and social impacts of the large tax-exempt non-profits, with a focus on the region’s largest non-profit and employer, the University of Pittsburgh Medical Center (UPMC)” The City and County Controllers will be there, some “experts”, and Jeffery Romoff CEO of UPMC is invited. 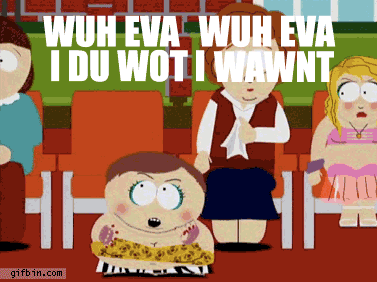 If we are all outrageously lucky, this will be very worst thing to have transpired at City Hall between the hours of 10:00 and 12:00 on Tuesday, June 12. But I sort of feel like we’ve been had.

A few quotes stand out:

“The reason I prefer transgressional [sic] art is because it’s the kind of art I like to watch.”

[Dowd] was, he says, unaware of the complaints about Needles until the day the proclamation was issued.

On the other hand, when asked afterward if she were trying to use her performances to discuss specific issues, she said flatly, “No. That’s not my problem. I’m an artist and I don’t [redacted] have to answer for my work.” (C-P, Lauren Daley)

Can anyone locate evidence that Ms. Needles has labored in some way to counteract bullying or stereotyping? Or is the extent of her contribution that she has “put herself out there” and been recognized on reality television?

On the flip side of the coin: there is now NO WAY we can justify continuing to refuse Wiz Khalifa civic honors. He has won a Billboard Music Award and an AMA, been nominated for multiple Grammys, notched a number 1 hit single and a number 2 album, and almost every one of his videos does honor to our City and its beloved sports teams. His latest album is named for one of our best public high schools. What does he have to do next, freestyle about the Promise?

After all — what we do with proclamations is honor the good work people do. It doesn’t mean we support everything Wiz Khalifa does. To continue ignoring him would be horribly racist, don’t you think?