Mayor Tom Murphy, whom some call “the Mad Mayor,” ruled Pittsburgh for twelve years — until he became so unpopular he could not run again.

Mayor Bob O’Connor succeeded him with fresh energy and optimism, but ran the City just half a year before abruptly terminating a City Hall power arrangement from what would become his deathbed. Pittsburgh took this maneuver, and a seeming embrace of Council President Ravenstahl, to signify Mayor O’Connor’s dying wishes for a term of office under served… and Luke Ravenstahl assumed the Mayoralty of that government.

Mayor Ravenstahl, buoyed by accolades and civic investment, is fighting to win his second full term and is calling attention to the South Side Market House and Phase 2 of its renovations. On What’s the 412? and elsewhere, we are assured that the deal the City is getting with Buncher Co. in the Strip District will lead to thriving growth and comply with the letter and the arc of the Allegheny Riverfront Vision Plan almost 100%. Prestige and distinction are once again heaped on that Jewel of Larimer, Bakery Square — but the talent show at Google’s offices had to make do without the guest of honor. It has been a little while since Mayor Ravenstahl hit us over the head with the Promise.

Police Chief Nate Harper has been shown the door by the Mayor for setting up the framework of a business with his subordinates, for allowing money to be misappropriated, and for whatever Ravenstahl learned after two hours of questioning by federal authorities.

It is revealed that debit cards were linked to misappropriated funds, and that some of these were given to the Mayor’s security but allegedly without the Mayor’s knowledge. An ex-bodyguard publicly accuses the Mayor of being in on the impropriety, and gets smeared. In a discussion of the cost of overtime pay for bodyguards, a sensational photo is aired. Although the Mayor uses his own legitimate and accounted-for City card for travel and special expenses, it is revealed he routinely uses it to pay for others even though he was strictly instructed against it. Many crave more supervision to increase police performance.

Controller and mayoral contender Michael Lamb is fresh off a field day. He suggested that the intermingling of city receipts and private side-job compensation created the potential for fraud and laid the blame with “the Finance Department” and the “Office of Management and Budget” for passing along budgets stuffed for pilferage. The wear of criticism for his own negligence has if anything spurred him to create an anonymous city “Fraud Hotline”: 412-255-4777. He has demanded of the Mayor answers to a series of succinct questions, and stuck a political flag solidly in Greenfield.

In the East we hear calls to enforce the city’s lost and stolen gun ordinance and concerns that compliance with oversight extend fully to campaign finance law. Councilman and mayoral contender Bill Peduto wants to put GPS chips in snowplows to step up the War on Snow, and communicators in traffic lights to reduce travel time, fuel emissions, and worker hours spent at traffic lights.

People for Peduto tweeted out a headline and a link to a story favorable to the Controller’s press conference. He is on record as having recommended early on that Chief Harper take a leave of absence, and connecting metaphorical Ravenstahl dots at Public Safety, at the URA and at PWSA to illustrate a pattern.

Peduto and Lamb both ran for mayor in 2005. Lamb drew some of his support from Mayor Murphy’s cadre. Peduto finished in second place to O’Connor. Peduto considered running against Ravenstahl in the special election held in 2007 but withdrew, drawing public fire. Lamb opted to run instead for City Controller in ’07. Both men yielded to other Democratic challengers in 2009.

Has anyone noticed all these closed schools? Not just Reizenstein making way for Bakery Square 2.0, and not just Schenley with its spirit and legacy, but everywhere — really everywhere. What to do with all the buildings? And people seem miffed about public transportation, badly enough to oust a Port Authority CEO. There will be incentives for regional transit consolidation at play, whatever crises or opportunity that may present. Alcosan has urged the EPA to give us an extension to begin considering source-control or “green” wet weather infrastructure.

Meanwhile, Pittsburgh is famous in Marcellus Country for having instituted a ban on natural gas drilling which its mayor does not like. Allegheny County Executive Rich Fitzgerald signed on to a $500 million, 20 year deal with Consol Energy to drill for fossil fuel from Pittsburgh International Airport. A coal burning power plant in Muskingum River Ohio is converting to natural gas at the EPA’s blessing. And in Chester WV, former local URA Director Pat Ford is touting on behalf of a regional economic development corporation the “campus setting” of a purchased, demolished and environmentally remediated pottery plant site for lease to prospects in the oil & gas industry. All while advancing projects from Weirton to Beech Bottom.

The strategy is the strategy. Nothing important has changed. The night is dark, and full of terrors. Election Day is May 21st. Click the video above and review this post from top to bottom. Here is the elections calendar.

The state of the region is bangin’ output.

The potential in the City is immense.

And we’re pretty in the way that we grow along the rivers as much as along the highways.

The Kind: of music I want at my club.

I mean, wow. It was all there.

If you don’t today re-read the whole story, or at least the entirety of Part III: Capitulation, I’m afraid to inform you that you are still not a remotely serious trader in Pittsburgh news.

From all indications, every element of these long-planned and much-needed reforms to the secondary employment system are quickly unraveling within the Pittsburgh Police Department. We paid for a computer system to manage it, but it isn’t being used. On those occasions where the system is used, its controls are being subverted by public servants who share passwords with each other, and who apparently face no significant consequences for doing so. We are have paid (and continue paying) two city employees to manage the Special Events Office, but it is being bypassed and becoming irrelevant. The old-style patronage system of cops staffing these off-duty details with their friends and supporters continues unabated. We have lost what could have been a vitally important stream of revenue. (PRP, “Adm. Richmond K. Turner”, Feb. 12 2007)

Interim Mayor Luke Ravenstahl replacing Police Chief Dom Costa with Police Chief Nate Harper during the height of a battle over Special Events oversight. Harper described as being more likely to “appease his peers and subordinates” by reversing reforms which strengthen the Bureau and protect taxpayers and residents. Encouraging the accrual of back room power to people such as the Mayor’s intended nominee for Director of Public Safety, Dennis Regan, who had no experience in public safety but the right friends on the force. Not sweating consequences as long as he could secure his tenuous hold on power within that building through inside political deal making. All there.

And he scolds the rest of us for being political. What a phony.

The Admiral is haunting us from beyond Bloggers’ End.

Most members of boards and commissions are nominated and appointed by the Mayor and City Council. We must open up the nomination process and allow citizens of the city to submit their own choices to fill open seats on these boards and commissions. We need fewer connected insiders doing this work and more community leaders, professionals, and concerned citizens. (People for Peduto, daily ideas rap sheet #94)

Above emphasis mine. We need many and more community leaders and relevant professionals, not to mention a greater diversity of concern among all those concerned citizens on our crucial municipal authorities and boards. Well, less many if we can meaningfully consolidate the periphery boards. It’s all part of a gravely important and timely doctrine. Pittsburgh needs to get its authorities and commissions working better for the people. For example, most of these important bodies have their own dedicated solicitors already. So why appoint so many attorneys? Nominate people with policy-relevant skill sets.

The proposal Councilman Bill Peduto is putting forward defines him slightly differently from not only Mayor Luke Ravenstahl, but from that lumbering lumberjack chief Executive of Allegheny County, Rich Fitzgerald — who happens along with many others to support Peduto’s mayoral campaign. Too much of any good thing, after all, would clearly be way too much.


One website that investigators suspected of being part of the “detail mafia” has been taken down. A second website, believed by some to still be in use, touts “real time monitoring” and “automated text notifications.”

When the reporter gives you text in quotes like that it’s just an invitation, a hint, to google “real time monitoring” “automated text notifications” Pittsburgh Police.

And when you do Google that, you end up at: DetailMafia.net.

If you go to that URL, detailmafia.net, you’ll see that the URL now points to a YouTube video. But what’s kind of geek-cool is what the archives have at the WebWaybackMachine: 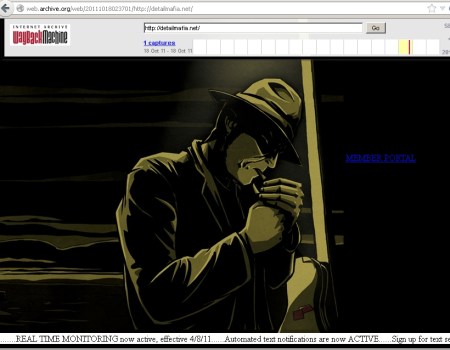 Kind of interesting if that’s representative of their self-image. Sam Spade n’at.

Also, you could look up who registered the URL, DetailMafia.net, and it looks like a private registration that was created on March 17, 2011 and expires on March 17, 2013. 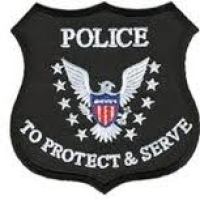 This is a Valentine’s Day post dedicated to the memory of my friend and co worker Ka’Sandra Wade, who was murdered on New Year’s Eve. She called 911 for help and the call was interrupted by “a commotion” according to the dispatcher. Neighbors report that gun shots were heard only after two police officers left her apartment, after they spoke to Anthony Brown and he reassured them that everything was okay. They did not speak to the woman who had called for help. Brown later wrote a note that claimed that the police could have saved her.

In light of the recent spate of newsand commentaryregarding the professional performance, ethical consistency and supervisory duties of our Chief of Police, Nathaniel Harper and the continued “confidence” of our Mayor in “his” chief, I present a hypothetical scenario sent to me from an anonymous commenter by email under cover of a pseudonym – this person directly echoed my own thoughts:

“Imagine if the police were in a rush to leave Ka’Sandra Wade’s place because they needed to get off-duty on schedule, without getting hung up — so they could get to their second job, working security at a SouthSide bar.”

No, as the commenter was careful to make clear, that suggestion was not a tip-off from a whistleblower within the Pittsburgh police force.  It’s a rational extrapolation based on well documented, prevailing patterns of institutionally supported moonlighting. It’s a bitter guess based on the evident exploitationof the powers vested in our public police force to satisfy private profit motives. I’m willing to bet that email is only one example of many such darkly cynical speculations that express common erosions ofpublic confidence when bad examples are rewarded within power structures that have been entrusted with deadly force to “protect and serve.” 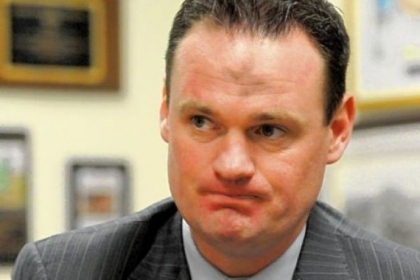 Please feel free to submit your photo-captions as comments, keeping in mind that the Comet is a family-friendly blog.