Fitz down, Lamb up, Wagner up, Machine resurgent, Peduto weakened.

.
Don’t believe that just because there are now 4 or more bosses, the Machine is “gone”. At the same time, don’t expect it to stick around any longer than four more years.

There are loads of light at the end of these tunnels…

Stay tuned during our editing process.

For the City School Board, the Pittsburgh Comet endorses WRENN, KALEIDA and CARTER. So, how can that be?

END_OF_DOCUMENT_TOKEN_TO_BE_REPLACED 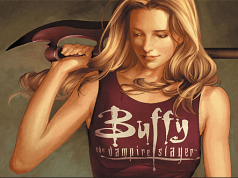 It falls to the Comet again!

In Part I after this introduction, we list our eight (8) endorsements, so you see them!

In Part II, we begin with President Lincoln and attempt to cruise methodically through the last 150 years of Pittsburgh political history.

In Part III, we reflect on our particular endorsements in this Tuesday’s local races, issue some honorable mentions, and recall how the political “machine” Pittsburgh is still singular, no longer of much practical use and generally malign. Our endorsements will demonstrate additional valid reasons to fulfill its effective dismantling at long last.

And here we launch into Part II: The History, which begins in the administration what would later be called the Grand Old Party, or GOP, of Abraham Lincoln.

Encountering an increasingly burgeoning metropolis on what was recently a frontier crossroads, the legendary politician who would later be known as the Great Emancipator enjoyed friendly receptions amidst the industrious, immigrant and Northern-elite voting precincts at the twin cities of the Forks: Pittsburgh, and Allegheny City, on what is now Pittsburgh’s North Side. Abe Lincoln’s Secretary of War Simon Cameron would become our first political boss. END_OF_DOCUMENT_TOKEN_TO_BE_REPLACED

Put on your thinking hats…