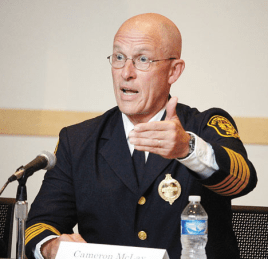 First:  hurry!  You have only until the end of this week to sign up for autumn’s Citizens Police Academy, an informal 15-week course designed to help you get better acquainted with how our city’s Bureau of Police works.

It’s a good class for everybody from neighborhood or organizational participants who want to work more closely with law enforcement on their block or at their events, to social justice activists seeking to deepen their understanding of the 5-0’s perspectives.

They don’t try to convince you that they’re all angels, so much as provide information as they see it and live it. It’s a good atmosphere for back-and-forth.

Meanwhile we caught up with Police Chief Cameron McLay the other day, and asked him his reading recommendations for understanding policing challenges in the modern era. Here is what he had for us:   END_OF_DOCUMENT_TOKEN_TO_BE_REPLACED 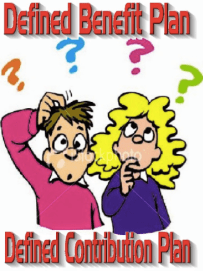 When Pittsburgh’s mayor sided with state Republicans and against Governor Tom Wolf on the issue of public pensions, it was a one-day story for most of Pennsylvania.

But within Pittsburgh’s Democratic machine, his position may be adding fuel to what had been the quietly smoldering embers of factional division.

Peduto supports a Republican-backed state Senate budget proposal that would have switched new state employees, including legislators, from defined benefits to defined contribution plans similar to a 401(k), in which employees have the option to save and invest some of their paychecks, a portion of which the employer matches. (Trib, Bauder & Daniels)

A week later, at the Democratic Committee vote to nominate a new County Council member in the east (congratulations, Paul Klein!) our own Committee precinct rep criticized that proposal to us as placing the retirements of public safety personnel in jeopardy, END_OF_DOCUMENT_TOKEN_TO_BE_REPLACED