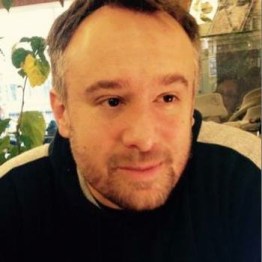 The Pittsburgh Comet has been providing news, analysis and opinion on government and politics in the Pittsburgh region since 2006. Its author Bram Reichbaum now once again lives in Squirrel Hill on the city’s East End, after having spent 14 years in historic and super-convenient East Deutschtown on the city’s North Side.

Bram, a Taylor Allderdice H.S. graduate and son of an NRM manager and a Beatlemaniac / Trekkie, has performed many labors: waiting tables, union organizing, public relations, clerking, retail sales, farming, physical therapy and legislative research. Prior to blogging, he wrote A&E and dining reviews for InPittsburgh Weekly and profiles for Contrast Art Magazine.  He is outfitted with a BSc. in Political Science, Philosophy and Public Relations from Syracuse University, go Scooby Doom!

The Comet rose to prominence during the Pat Ford imbroglio of 2008 and through ongoing Community Benefits campaigns. We have soldiered on behalf of everything from Act 55 Reform in 2007, to Clarity in the Pensions Crisis of 2010, to the Conquest of 2013 and ongoing campaigns for local government transparency, efficiency and equitability. In 2011 we were the CBS Pittsburgh Editor’s Choice for Most Valuable Blogger in the category of Local Affairs, and in May 2014 were included among 16 Pittsburgh social media mavens to follow by POP City.

… typically thanks to commenters and other collaborators. We love Pittsburgh.

DISCLAIMERS: All views expressed in these posts and in my own comments are my own and my own alone, and do not reflect the views of any of my employers, clients, partners or patrons, past or present, real or imagined. Adding comments is a privilege, not a right. The blog author reserves the right not to publish or to remove comments for any reason, which most often will include obscenity, harassment, personal attacks, “outing” people, attempts to make the blog unpalatable to others, ASOIAF book spoilers, incessant semi-coherent rambling, and malicious and/or knowing falsehood. However, the blog author is under no obligation to do so in a timely manner or in any other manner whatsoever, and is in no way responsible for any comments written on this blog by other parties. Please fact-check everything you read relating to politics scrupulously, especially on the Internet and especially in blog comments and on message boards.