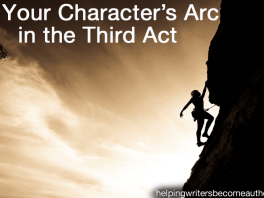 Act I of Pittsburgh, Pennsylvania’s “Financial Distress” adventure was a tale of rough-hewn, hard-won partial triumphs of conscience stemming from foresight, courage and cooperation amongst local leadership.

Act II began a tale of heads-down persistence and stagnant complacency. The pensions can was kicked down the road. Folks stewed over resentments:
the unanticipated nature of dual oversight, the closure of the asphalt plant, patterns suggesting ill-faith often later termed “poor communication”. Eventually a pensions stress-test threatened us with forfeiture of our own control and drove us toward trailblazing privatization, before Council withstood it otherwise by cashing out a City debt reserve and making an expensive handshake with concerned state stakeholders, recognizing the need for more.

Now in Act III spanning 2014-2019, a ragtag band of fire-forged friends from the days of Act I, Act II and today’s drama is going to beat the odds, finishing job of making City of Pittsburgh finances and infrastructure comprehensively sustainable — just as many other historic towns continue to drown in obligations, implode beneath the weight of their own legacies and rely on depreciating assets.

That advantage will increase many of our civic prospects dramatically. 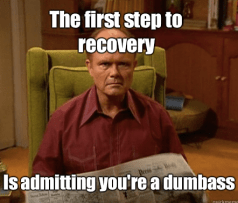 1. Huzzah! The Act 47 Coordinators make clear that they have been directed by the state (Governor) to address our “Pensions Etc.” burdens. No more resting on early laurels, wearing blinders, and tending only the day-to-day cash register and credit card bills until the Pensions Fairy arrives in all her fury. Glad that’s official.

2. For what it’s worth, day-to-day operating costs and credit card bills have been fine. Act I resulted in massive layoffs and an ugly gut punch to the credit rating, but the annual budget has looked good on paper since 2007. The City tried to get out of it that year, but no, and after rebuilding its credit rating it tried to get out of it again in 2013, could have and almost did, but wisely changed its mind at the last minute.

3. Since we’ve last really spoken with Act 47, the City budget took a $7 million hit in an error having to do with calculating in the property reassessment tumult, and it took an $8 million hit by the pensions board making a change in actuarial assumption. So right away we’re $15 million light of the cushion we’ve grown accustomed to. By 2017 AKA in three years, the fund balance drops to “unacceptable” levels, i.e., we begin paying our various bills with really intricate timing, and probably lose things like the Marathon.

4. On top of that, the City  Actuary warns that an all-new $20 million chomp must be taken out of the City budget to pay additionally into Pensions Etc. this year, and another $10 million the following year. He has been released from bondage; we are now a people of Science.

5. Capital infrastructure needs have been underfunded by every measure for 15 years; the Act 47 Coordinators confirm that this is bad. These need to be funded to the tune of at least $25 to $30 million extra.

6. Offset minutia, add all that together, and our ship of state scrapes the rocks (and these seas are treacherous) unless we come up with $60-$65 in new annual savings or revenues over the next handful of years. We will accomplish this by being opportunistic, eclectic and judicious. 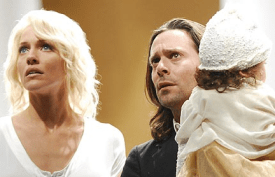 So say we all!

LIBERAL QUESTION: Are they making most of that story up, to squeeze the size of government down and drown it?

ANSWER: No. They’re doing this to avoid defaulting on things in 3 to 5 years. And, they’re doing it to avoid having the City physically crumble apart at the seams. Either option leads to vicious cycles resulting in increasing further deficits and pensions non-sustainability.

LIBERAL QUESTION: Is this all going on the backs of workers?

ANSWER: No. New contract negotiations are one piece, which can be done surgically and judiciously amongst the parties and their situations. But fixing the Great Property Tax Miscalculation is another pice. Enacting or implementing new or higher taxes or fees (but don’t count on further property or wage tax hikes) will comprise another piece. A fair and condensible agreement on nonprofit PILOTs is another piece. Operating and intergovernmental efficiencies will comprise yet another very large piece. The balance will be spread out.

CONSERVATIVE QUESTION:  Wait a minute, that capital and infrastructure element sounds like a slush fund! And it’s being financed partially with new debt!

ANSWER: True, the Coordinators address this concern a lot — so much! They’re going to help plan the expenditures, prioritize them. The entire focus is not to fritter it away on non-capital needs or ill-conceived capital needs. The debt they’re talking about is of sustainable volume, transparently dedicated. Their Coordinatorships are incredibly excited about directing the infrastructure investment based on things like sound facilities management. Both Conservatives and Liberals will want to hold this prioritization process transparent.

GREAT QUESTION: Is this really going to work? If we all sacrifice and/or concede these things and bother closing the $60-$75 million gap, does that put the threat of “coming back to earth” and having things go bankrupt or kaput behind us? Does it usher in a new era of… what?

ANSWER: Yes, that is the suggestion. And what you mean is a stable, sustainable, straightforward budget, together with a City in better dignified repair. A situation in which one can look up and plan for three and four moves down the road, without delivering further chaotic, tumultuous, controversial shocks to civic momentum.

CONSERVATIVE QUESTION: But I want the pension fund to go belly up or the City to crumble eventually, because government employees are paid too lavishly, and unions, Democrats and blacks and corruption, and how about personal responsibility??

ANSWER: We are beyond this. Toms Corbett and Wolf are united in a desire that the City of Pittsburgh succeed on these terms: of everyone near to the local action chipping in only to the level of its propriety and necessity, and of government responsibility being institutionalized.

DUMBFOUNDED QUESTION: No, is this really going to work? You said before the assumptions were all wrong.

ANSWER: Yes, it will. I stand corrected. Passages in this report related to the actuary, the Pensions Takeover Avoidance Mechanism of 2010, and other things negate most of what I wrote last time. Victory is within our grasp. 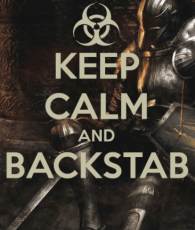 FRANK QUESTION: How do I kill it?

ANSWER: Ugh. Well, for starters, kill the correction in the property tax millage. Some Council members face reelection battles this spring, reason is not universally popular, and nuance polls worse.

IDLE QUESTION: What’s the deal with the ICA?

ANSWER: Who cares? But they seem to be following a compliant cheerleading and self-preservation protocol.

SUSPICIOUS QUESTION: What about all the unanswered questions? Which new or higher taxes or fees are they planning to reopen for debate? Are they talking about playing the unions off against each other, kicking some when they’re down? What “intergovernmental” efficiencies are you anticipating exactly? And how much “oversight” of future infrastructure investment are we handing over to the state Overseers?

ANSWER: Get hype! Nothing left but Third-Act crunch problems.

PRUDENT QUESTION: Is there anything else I should worry about?

ANSWER: You have to worry. Page 64 warns that the economy is “nearly five years into the expansion phase of the business cycle.” This bit of financial astrology is used to argue for better hitching our wagons to this present economic rocket, before it arcs or disintegrates.

PREMATURE QUESTION: What should we do after Victory?

ANSWER: If interest rates are still very low in 2019 when we emerge vigorously from oversight, we might prioritize any long-term public improvements we will have planned by then, float major bonds to pay for these with confidence, and invest over a billion dollars into diverse projects through vehicles like the Land Bank or Summer Youth Employment, directing local economic stimulus like Rome or the Marshall Plan.