Yesterday’s treatise on fiscal restraint was a timely reminder to those of us who have followed, for whatever reason, the City as it traveled the road to fiscal sanity and a pretty decent primer for those of you who are just now beginning to pay attention to these sorts of things. 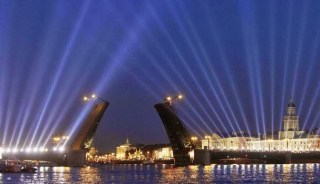 Throughout the year, ever since Mayor Luke Ravenstahl petitioned the Secretary of the Pennsylvania Department of Community and Economic Development for rescission of the City’s distressed status, it has been the topic of several local discussions.

As a City employee myself who has concerns about the impact of said rescission upon certain upcoming negotiations, I understand that Act 47 limits the damage the City’s bargaining units can do the City’s fiscal situation through either negotiation or binding interest arbitration.

Act 47 forced the City of Pittsburgh, largely as the Coordinators had to drag it, kicking and screaming, to get control of its fiscal house.  Employees were let go, budgets were trimmed, maintenance on infrastructure was deferred, just to name a few.  As some of you may know, the biggest drags on the City’s budget were (and still are) payments to service the City’s general obligation debt and pension bond debt and legacy costs to retired City employees (most of whom happen to be policemen or firefighters).

The problem, historically, with cost-containing measures with respect to police and fire contracts is that the panel of arbitrators who get to decide the award should the City and union come to an impasse was PRECLUDED from factoring in a municipality’s ability to pay in deciding the question.

This is where Section 252 of Act 47 steps in to safeguard the treasury of a distressed municipality.

(a) General rule. Except as provided in subsection (b), a collective bargaining agreement or arbitration settlement
executed after the adoption of a plan shall not in any manner violate, expand or diminish its provisions.

In OTHER words:  Once the City has adopted a Recovery Plan pursuant to Act 47 and said Plan is filed with the Commonwealth, no police or fire contract can exceed the fiscal limits imposed by the Plan, and no panel of arbitrators can force the City to do so through arbitration.

You can see why Act 47 is a constant target for destruction.

I listened during the primaries as various candidates argued either in favor of or in opposition to remaining a “distressed” municipality.  There are legitimate arguments on either side of it.  I’ve read an editorial in last week’s Post-Gazette in which they cited as their primary reason for supporting the candidate they endorsed was that candidate’s support for remaining in Act 47.

And, despite the fact that the proponents of remaining IN Act 47 have been beating the proponents of getting OUT of Act 47 over the head for being fiscally irresponsible, here’s a question the “Let’s stay in Act 47” crew, myself included, have not bothered to let slip:

Does it even MATTER at this point?

We’ll start with this quote —

“We hold that Section 252 of Act 47 does not impinge upon interest arbitration awards under the Policemen and Firemen Collective Bargaining Act” – 29 A.3d 773 (2011)


Yeah, and that pretty much is what happened to our protections under Act 47, too!!!  LMFAO!

The Supreme Court of Pennsylvania, in ruling in favor of the FOP and Firefighters Local Union No. 60 in their legal battle against the City of Scranton, Pa., another “distressed” municipality, basically said that Act 47’s contract protections do not apply to contracts negotiated or awarded pursuant to Act 111 of 1968 – the Policemen and Firemen Collective Bargaining Act — the very two unions the statute was designed to reign in.

So where does that leave us?  At present, up a creek without a paddle.  Because without legislative action by the General Assembly, and FAST, the City will be without this crucial protection come the beginning of contract negotiation season (which begins July 1, 2014).

More importantly, as the Department of Community and Economic Development hasn’t given a determination one way or the other on the Mayor’s request, the Act 47 Coordinators aren’t even in the process of developing what would be the Second Amended Recovery Plan, which by the way, does usually take some time.

So, proponents of remaining IN Act 47 have failed to mention that any future benefit of retaining the declaration of distress is dependent upon a Governor and a Legislature, all Republican-controlled, voting to enact revisions to Act 47 during a season where 25 out of 50 state Senators, all 203 members of the House and his Honor, the Governor himself, all facing re-election, knowing that statewide, policemen and firefighters represent a powerful constituency and typically support Republican statewide candidates (outside of Pittsburgh and Philadelphia).

So, what are the chances that the Republican-controlled legislature can pull off this gambit between now and June 30, 2014?  Even if they do, simply changing the law won’t be sufficient, the City must adopt another Amended Recovery Plan BEFORE June 30, 2014 for the City to benefit from such a gift from Harrisburg.

We wait with baited breath.