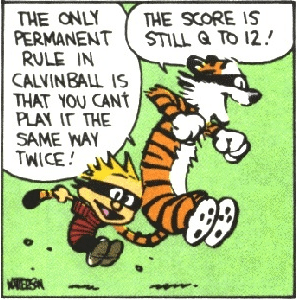 Not “Orwellian” in the pejorative sense so much as the … uh … literal sense.

Pittsburgh pension board members refused Thursday to consider lowering the fund’s annual investment-earnings projection, saying the move would require increased cash contributions each year that the city could fund only on the backs of employees or with a tax increase. (P-G, Joe Smydo)

Yes, but if we cannot achieve an 8% annual return (which is considerably difficult and would require luck even for aggressive private investors) then keeping future projections at 8% so we can feel better paying less now is like robbing Future Peter to pay Today Peter. One might expect Corey O’Connor to object, since it is to his administration that the brunt of this must inevitably fall.

A lower investment projection would increase the city’s required annual cash payments to the fund, Mr. Ravenstahl said — and leave him scrambling to find funds in a lean budget or asking taxpayers for more money. “To me, this is where this is going, and I’m not going to do it,” Mr. Ravenstahl said, noting he has never advanced a property tax increase and doesn’t plan to now.

Mr. Ravenstahl’s office said a change from 8 percent to 7.5 percent could require the city to pay an additional $9.3 million annually to the fund, without making a significant difference in the funded liability. (ibid)

The implications being: right now all pension funding projections you see are $9.3 million per each year into the future (compounded with interest!) lower than we are making them look on paper.* And Ravenstahl would prefer one day to be remembered as the former Mayor who helped cause some present calamity, rather than make bold choices while in office to head off that reckoning. Simply another in a very long line which we know he abhors.

Ideally, instead of cutting an already lean budget to the marrow or raising residents’ wage and property taxes, the emergency which lowering projections would cause reveal might instill the political dynamic necessary to do something else entirely. To follow-through on our bluffs to share in the economic successes of our so-called non-profits, to settle upon a least-odious new revenue stream from amongst a commuter tax, tuition tax, soda tax and others, or even to monetize cherished but underperforming assets.

The revelation would actually result in several “I told you so!” moments for our Mayor — were he only willing to let the cat out of a bag which is visibly squirming and audibly meowing.

“I don’t believe 8 percent is realistic for this kind of fund. But you’re right, the other side is, can we afford to lower it?” Mr. Lamb said. Because of the opposition, he withdrew his proposal for a study. (ibid)

See, there’s the difference. A Patrick Dowd would have gone full Cato: climbing walls, rending his garments, pointing at graphs. UPDATE: An anonymous commentator clarifies that his motion failed for lack of a second (so it must be true).

In addition, Mr. Huss said further discussion of pension funding only leads some retirees to fear that they won’t get their checks. Pension payments, he stressed, are not in jeopardy. (ibid)

I hope this was taken out-of-context. They’re the pension trust fund board. What are they supposed to get together to talk about? The spread on the Cookie Cruise?

Mr. Huss accused Mr. McAneny of telling overseers, who are often in conflict with the mayor, what they wanted to hear. (ibid)

That’s a little more interesting. While it remains true that all this absurdity is 80% caused by political self-preservation, there remains a 20% influence from a four-way chess game to which you and I are not privy. Some of the players evidently feel an end-game is in sight, which I suppose theoretically could moot the absolute need in the meanwhile to come up with more money for pensions. By seemingly ignoring a mathematically untenable equation, it is the shape of that end-game some seem to be preparing for — although the casual observer wonders whether we all benefit more by sticking with checkers.
MORE: Nullspace has some. If any anonymous commentators cut and paste the body of those subscription articles into my comments section, that would be a shame.

*– Aside from which, at least $287 million is contingent and non-interest-bearing. But we’re doin’ fine.