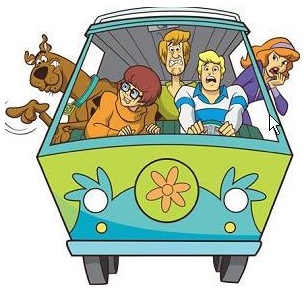 Okay. We give up.

It is clearly more urgent that Allegheny County compete economically on a level if screwball playing field with neighboring counties, than its own residents finally be treated equitably and constitutionally or that its schools and localities be allowed to benefit from all its general prosperity. Clearly.


It just so happens that the governor, Tom Corbett, is subject to the same county assessment system. The longtime Shaler resident would be prime for lobbying on the issue because he knows the reality firsthand. (P-G, Edit Board)

Mmm. Yes. State politicians are frequently motivated by “knowing” and “realizing” things, not by the self-interested passions of innumerable legions of rural and affluent property owners and stakeholders, who fervently desire to be left alone to benefit from prevailing absurdities.

HIRE A HANDFUL OF PART-TIME ORGANIZERS THIS FALL SEASON FOR $18 AN HOUR.

AND I ONLY SUGGEST “$18 AN HOUR” BECAUSE I KNOW TOO MANY ORGANIZERS WHO READ THIS BLOG.

Send them to Armstrong, Beaver, Butler, Washington and Westmoreland counties.

Instruct them to seek out school district officials, property owners invested in declining communities, and one-time political players relegated to the wilderness. Illustrate the real injustices from which they all either suffer or can take advantage. Motivate them to copy, paste and refile that lawsuit which a similar ragtag bunch of misfits launched in Alleghenyland. If they need help doing their own localized research, send Ira Weiss down for an afternoon to get them started.

At a minimum, all our neighbors will get similarly stuck having to institute fair and constitutional taxation regimes. In every likelihood however, one of those judges is bound to see this issue is crying out for a statewide solution (as we all expected the first time around) and will force the state’s hand.