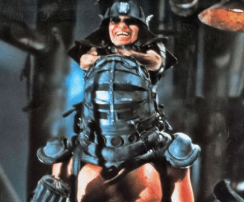 A blog post I read this morning contains this pearl:

While the Wilson Center situation bears all the hallmarks of a political predicament, it is surely more responsible for civic leaders to treat it as a problem, so long as its fate is still undetermined. We’ll do the same.

How did we get here?

I soon learned that, after raising 36 million dollars, the original projected cost of the facility, the August Wilson Center opened with a debt of 11 million dollars.  That debt was a result of costly overruns at the end of the project’s construction phase, as well as a need to borrow funds to initiate day-to-day operations.  Considering those challenging economic circumstances, the financial success of AWC was only a hope.  One might even question the wisdom of opening the Center before that debt had been eliminated. (Aaron A. Walton, PUM)

The facts that our Center was overbuilt…

… then encountered cost overruns, and finally the financial challenges typical to all new arts-related nonprofits, certainly contributed to its difficulty. We can only chalk that up to hindsight being 20/20.

However, we ought not forget some other factors: an aloof selectivity about the programming it would deign to host (be it local artists, certain Black mass-market touring productions, or certain private functions), a seeming lack of energy or ambition to reach out, and a curious lack of actual August Wilson-related material.

After our Center stopped paying its mortgage and insurance bills for many months (and apparently stopped picking up the phone) Dollar Bank foreclosed to force a resolution. What we have here…

A conservator (not a receiver, significantly) was appointed by the courts to solicit and evaluate proposals to manage its assets, satisfy creditors, and preserve the mission of the nonprofit. The two noteworthy bids were from a consortium of nonprofits offering less than the total due, and a hotel developer offering a sum in excess.

Now, things are getting contentious:

[T]he foundations said they had “significant concerns” about the higher bid. They contended it “would apparently give the center only limited access to its own theater and create an arrangement whose eligibility for future charitable funding is questionable at best.” (P-G, Mark Belko)

How do they mean, an “arrangement” whose prospects are “questionable”?

Although their bid was lower, the foundations planned to create an ongoing revenue stream to sustain the center, the mayor said, and set up a new structure for managing the facility, one overseen by a board made up of representatives from the African-American community. (P-G, More Belko)

Ah… ha! A light flickers on.

It sounds as though the Foundation-led, City/County supported bid compels the installation of a different board for the crucial project, one with far broader representation among Pittsburgh’s African-American arts community. And along with that, a diversity of inspirations and energies.

Since $4 million would go a ways toward placating Dollar Bank but not make it whole, it might even act as a further guarantor of accountability: ensuring leadership chases after new and engaged audiences with gusto, as though its survival depends on it.

Meanwhile, the $9 million from a private hotel developer would take care of the present (moribund? on hiatus?) board’s financial responsibilities, forever limit our nonprofit’s activity and potential, but allow its personnel to persist — in the memorable words of one particularly disparaging P-G commenter — in “playing office”.

A difficult situation. Is the most important thing to satisfy creditors, save face and put the struggle behind us? Or is it to mollify creditors while building the August Wilson Center that Pittsburgh deserves, and that lives up to the laudable and enormous aspirations with which its founders imbued it and promised us?

MORE: Dr. Goddess, writing in January, including a glimpse at Attorney General Kathleen Kane’s concerns about the court-appointed Conservator’s interests, mirroring what are now the Mayor and County Executive’s own.