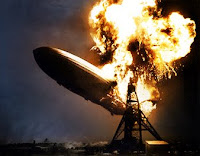 Fred Honsberger: Could city council have passed a resolution overruling the zoning ordinance in this case?

Doug Shields: No, you can’t pass a resolution vacating a law. It’s as simple as that. And we even looked at ways to amend the zoning code, but unfortunately under the zoning code amendments you have to refer it to Planning Commission and it has to be a public hearing.

DS: Well, presumably the city itself.

FH: So the city could have done it and just not enforced it.

DS: Well, throw that into the context with the Lamar sign and all of a sudden you’re opening up another can of worms with a private company.

DS: I’m giving you the laws of the land here, I’m not a king here.

Shields went on to describe some of the ways the city might have gotten it done anyway — some he talked about, some he didn’t — before the news leaked, and the administration pulled its end of the plug on the operation.

You might also have noted during that interview that Honsberger is of the opinion that our failure to tack up those banners was a TOTAL EMBARRASSMENT that made us the LAUGHINGSTOCK OF THE ENTIRE NATION as some kind of a BACKWARDS HICK TOWN.

In fact, he felt compelled to invoke the clip from the movie Network: I want you to get up out of your chairs and say, “I’M MAD AS HELL, AND I’M NOT GOING TO TO TAKE IT ANYMORE!”

We have not heard Pittsburgh’s talk radio personalities so outraged at government since — well, since Lemieux and Burkle kicked the tires on the Sprint Center in Kansas City one weekend, upon which we were all instructed to TELL THOSE LAZY POLITICIANS TO DO WHATEVER IT TAKES TO KEEP THE PENGUINS IN TOWN — WHATEVER IT TAKES!!!

Reacting in a mass hysterical panic to anything having to do with sports, forcing our politicians to drop all other city business, forgoing all serious financial and legal considerations, so that they can publicly out-sportsfan each other for us?

Or having our civic leaders calmly explain to us that they did everything they legitimately could, and that although so-and-so might have been fun, there is just no legally or financially justifiable way of making something happen?

So far as we could tell, Kevin Miller was interested solely in the back-and-forth political finger pointing. Not the hardest news in the world, but valuable at least in that he was fact-checking claims being made by public officials.

With their hysterical, over-the-top garment-rending over the loss of the banners itself, Marty Griffin and Fred Honsberger contributed directly to the stereotypically Pittsburgh civic embarrassment that was Bannergate — in fact, they were its chief architects.