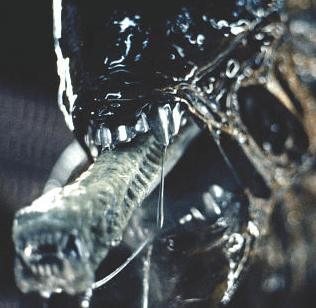 Remember that nasty business involving allegations over the “swaptions” that are bought and sold between the Water and Sewer Authority and its bankers?

Thanks to the LIBOR scandal (which comes capitalized for your edification and pleasure) it’s back in the frying pan.

The biggest scandal in the world right now has nothing to do with sex or celebrities. It’s about an interest rate called LIBOR, or the London Interbank Offered Rate…

LIBOR, as it turns out, is the rate at which banks lend to each other. And more importantly, it has become the global benchmark for lending…

So literally hundreds of trillions of dollars around the world, all these deals, are based on this number. Now we find out this number might be a lie. At least one bank was tampering with that number for their own profit. (NPR Planet Money, July 6 ‘012)

It sounds as though we as bond option swaptionistas were a candidate to have gotten damaged by either side of the LIBOR chicanery coin, i.e. before, during and after the financial crisis:

If Barclays traders managed to get the rates higher before the financial crisis, as they requested, then consumers suffered…

When the rate was going down during the crisis, consumers might have gotten better deals on their loans. But that doesn’t mean we should celebrate. A lot of cities and pension funds and transportation systems had money in LIBOR based investments. They would have made a lot less money if LIBOR was manipulated down. The City of Baltimore, for instance, is suing and claims to have lost millions of dollars in the manipulation. (NPRPM, July 9, ’12)

So here is the exchange locally:

In an email to Jim Good, the authority’s new executive director, city Controller Michael Lamb said the authority’s variable-rate bond transactions in 2007 and 2008 generated “significant exposure” to market manipulation by Libor [sic] participants. He said Mr. Good should “immediately seek board approval to retain counsel to pursue all possible recoveries against those involved.”

That email drew a testy reply from Scott Kunka [KOON‘-ka], city finance director and authority treasurer, who said the authority had no exposure to Libor, which is shorthand for London Interbank Offered Rate. He said the authority’s variable rates are based on another index, the Securities Industry and Financial Markets Association, and he accused Mr. Lamb of raising undue alarm about authority finances.

Mr. Lamb fired back with another email in which he said the authority’s variable interest-rate payments are based on overall market conditions. If manipulation of the Libor artificially inflated rates of the other association, he said, the authority paid too much.

“Your hesitance to pursue any recovery on behalf of the rate-payers you represent is disturbing to say the least,” Mr. Lamb said. (P-G, Joe Smydo)

EDITORIAL COMMENT: If we are truly lucky, Mike Lamb will turn out to be right and PWSA will get to claw back some of its cash and debt — and it needs all the money it can get right now. As a bonus if he’s right, the story might evolve into a great lens through which to determine if any politicians seem anxious to protect local crony financial industry middlemen. But first we would need to see more dots connected on one side, and continued entrenchment on the other. If “transparency” starts to pop up as a keyword, bet on excitement.

SPECIAL TO TREASURER DIRECTOR KUNKA: What about yield compression? Surely, that’s enough to salvage the connection between LIBOR and SIFMA-based swaptions? Maybe? Herm…