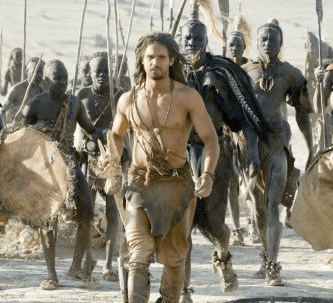 By now you will all have reviewed Mr. O’Neill’s proposal:


Using whatever grammar we like, Pennsylvanians need to take a cleaver to our oversized, over-compensated statehouse and begin anew. (P-G, Brian O’Neill)

If there’s a state constitutional convention (as we surely must have), changing the me-me-me culture of Harrisburg should be Job One. Mr. Dawida, for one, suggests that a convention shrink the size of the Legislature by 20 percent, depoliticize the redistricting process and set term limits of, say, 12 years. (P-G, Brian O’Neill 2)

First of all, I’d like to recommend that if we do this, the big heavy rock at the tip of our battering ram should not be “an online petition“. Those are not so intimidating — people fully apprehend how little physical and psychic commitment goes into affixing a name onto a computer form. Get those people on the streets with paper and pen, or with quills and cameras if possible.

Secondly, I’d like juxtapose Mr. O’Neill’s frustration at Harrisburg with a portfolio published recently by PoliticsPA:

The Pennsylvania Influencers list is made out of the Commonwealth’s top business, legal and civic leaders, whose opinions are respected by peers and elected officials alike. The writers consulted with a wide variety of geographically and politically diverse individuals who helped identify these 100 people as the “insiders who insiders turn to when in need.” The group is a mix of donors, organizers, confidants and consultants. These are the people whose opinions matter in the Keystone State. (View from Burgh Chair –> .pdf)

The single-issue magazine came out just in time to hype the year’s annual Pennsylvania Society dinner held in New York City. It is divided into the top 50 Democrats and the top 50 Republicans. John Verbanac is listed 40th or so and as a Democrat — which is fair enough work for an anonymous blog that’s good at “influencing” things.

My points about the Influencers in regards to a possible Constitutional Convention are as follows:

1. I imagine things are the way they are in Harrisburg because individuals such as the 100 Greatest Influencers are generally content with it. Lots of stability, lots of protective inertia, power spread thinly and accumulating in predictable, trustworthy nodes of control. A culture of, “Wait your turn and earn your stripes first,” and then, “You can do anything you want.” Difficult for the average person to use, easy for the right persons to operate reliably.

2. Do we imagine the prospect of a Constitutional Convention along with it’s stated aims will earn support, neutrality or opposition from most of the 100 Greatest Influencers? (It is worth going through and asking them. They are not all History’s Greatest Monsters.)

3. Nevertheless I believe most of them would be sorely disinclined to see slashed the number of their clients legislators to petition, to see cut short the reigns of some of their favorite and most dearly cultivated vendors legislative leaders, or to see reformed the agreeable, “civilized” way in which we manage redistricting every decade.

4. So. While I’m dubious about a Convention ever being convened, I’m not above capitalizing on that inspirational concept to stoke political demand for those specific reforms: overall shrinkage, modest term limits and neutral redistricting. Make no mistake — those are necessary reforms in that body.

And if we’re going to circumvent the Influencers, it’s probably best to do so with a measure of populism.

5. Which means more tea parties. Much respect 2 online petitions, but if I’ve learned one thing about politicians it’s that nothing scares ’em like a bunch of feisty people showing up uninvited.