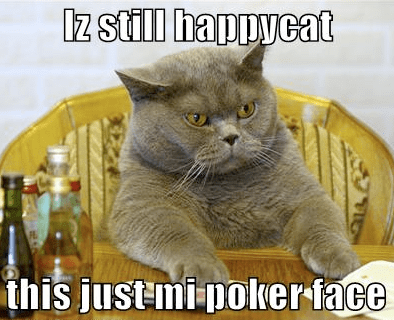 .
So here’s what happened yesterday:

Council member Theresa Kail-Smith led a televised special session of Council on the proposed Tuition Tax and on the City of Pittsburgh’s desperate financial straits. It included four or five university heads and leaders — including Pitt’s Mark Nordenberg — and of course the rest of the fairly evenly divided-over-the-tax Council members, and also the Mayor.

Mayor Ravenstahl sat sort of squeezed in to the left of Chair Smith, nudged into a corner, but was given generous leave to have a turn at speaking whenever necessary or appropriate. The whole format was uncommonly free-wheeling but fundamentally organized.

The one rule most frequently enforced by the Chair was that everybody should “focus on solutions”. Of course that did not always happen — there were recriminations on both sides sprinkled around fairly liberally — but the discussion proceeded adroitly.

Especially once Tonya Payne got to it.

“Let’s say, hypothetically,” she said, and this is not an exact quote but it is very, very close, “and I hate to even say ‘hypothetically’, but let’s say hypothetically we table this on Wednesday. What’s your move?”

There was a low chuckle or two and then a silence. Motznik was looking suitably shocked and impressed.

“No really, what’s your move?”

The University presidents said some stuff about being productive, figuring out a better way to solve these problems, working together, early in the year, not waiting until November and another year’s budget deadline to get on it. Acknowledgments all around that trust is a huge issue and we need to start actively, seriously and urgently soon.

Motznik said he hates the tax but he hated having to raise property taxes or slash city services worse. “That’s who I represent.” He also asserted that the meeting didn’t seem to be very productive and that nothing had changed.

Reverend Burgess talked about certain legislation he has authored, something that has earned the unanimous support of all City of Pittsburgh elected officials (what was it going to be? Zoning, maybe?) –legislation having to do with the formal acceptance of PILOTs. First of all, it would make non-profit contributions no longer anonymous under the umbrella of the Public Service Fund. Second, it sets up the formal legislative authorization to accept them and I suppose to stipulate certain assurances in return. He challenged the university presidents to take advantage of that and hand over the money.

In the event that offer is not seized upon, Burgess also said he’s going to try to amend the bill so that the Tuition Tax won’t kick in until July 1. In any event he’ll vote for it.

Burgess also talked about the two sides as two warring armies or rival gangs. He wants to be a negotiator, but both sides want to have a “shooting war”. We shouldn’t have one, and this tuition tax will start one, so don’t make us go through with it and start shooting.

This “shooting war” is a lengthy legal battle, which will necessarily precipitate an even fiercer and wider media battle. Politicians complaining about Pittsburgh’s own rip-off universities. Universities talking about how awful the politics have gotten in Pittsburgh. Everybody in the world made increasingly aware that the City is in state oversight and a financial basket case. Real scorched-earth material.

So Burgess is willing to enact the tax, but wants to hold off on “collection” until July. It seems like what the Rev wants to do is fire a warning shot — in a room where everyone has guns, and everyone has someone from the other side locked between his or her cross hairs, and many have itchy trigger fingers. But he wants to avoid a fight.

Dowd started talking, and everyone got up and left. No not everyone — but Ravenstahl and Payne and Motznik and maybe some other people at least, not to mention most of the reporters.

Dowd said, “Well, it’s clear something’s changed”, and talked about how “in 2011, I’ll have to vote for something,” meaning most likely some kind of tax, somewhere, on something. “I can’t be against everything.”

Darlene Harris said some things, mostly supportive of the tuition tax idea in comparison to other alternatives. Kraus meanwhile was opposed. Ditto Peduto, who called it “taxing debt”, and potentially “the most regressive tax in the state”. Ditto Shields, who called the old Act 47 plan a “pack of lies and garbage”. Kail-Smith seemed genuinely solutions-oriented throughout, and just a little sharp toward Burgess regarding his extremely frank and passionate negotiations, and the many allusions to warfare.

ANALYSIS: If I know one thing about Tonya Payne, it’s that she’s all about the community first. And at this point I think she’s legislator enough to admit that her constituents educated her, brought many valid concerns to her attention — and that’s a good thing — and besides which the tax will not be taken “off the table” like the universities demanded. There will be a vote to table the tax, not to shelve it or defeat it. Future Councils can always decide to enact it when future Councils feel that it is appropriate.

For this Council to now authorize a tuition tax “ambush” sometime out into the future would set a foul precedent — I think everybody can see that.