Firstly, it looks like the tax plan on the table will raise more money than the fee plan on the table. Operating under the assumption that the Corbett administration would have erred at most instances on the side of capital, then we say if the Governor raises his fee schedule we might be convinced to prefer his fee methodology over that of the state Reps and their vulgar taxes.

Then again, under the Corbett plan each time one digs a well, one will get hit with fees. It does not matter how much gas and gas money is produced. Corbett’s plan might be more fair in one sense, since impacts aplenty would be caused simply by digging, fracking, disposing and attempting.

But in another sense, developers of successful wells will actually better possess the money to pay an extraction tax on those wells. This question of taxes vs. fees might actually be a contest between smaller producers hoping to enter and begin to expand in the market, a few wells at a time, versus sprawling established conglomerates, more comfortable paying moderate individual fees for a lot of strikeouts rather than much larger payouts culled from their profitable scores.

Regardless, two more facets of the Corbett plan could use a bit of work. First, by allowing county governments to assess lower fees on wells than those permitted by the state, one causes significant problems sufficiently addressing downstream, downwind and down-the-line impacts.

Next, the fact that those allowable well fee maximums descend over time, might actually disincentivize investment and job creation now. Businesses will be operating with a certainty that their costs will diminish in the near future.

We do congratulate Gov. Corbett on the 75/25 county-state split. Let us address the bulk of this locally, according to our own tastes, aspirations and prejudices. Compliance will be a key issue, however. We can’t have county officials spending the money on statues and obelisks.

Certain kinds of infrastructure, absolutely. And toothbrushes, with which to scrub the otters. 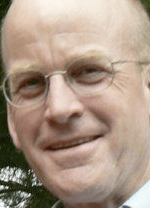 Right over here. The upshot:

The good news IMO is, people just started paying attention. Give us something to sink our teeth into, or should I say, speak now — or forever hold your peace.