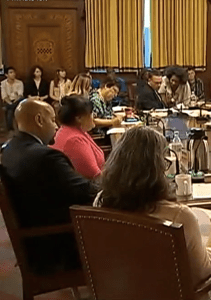 The public got to speak at city hall on Wednesday evening, before the cameras, to tell City Council what they thought of the proposed “Affordable Housing Opportunity Fund”.

It would be a $10 million annual kitty, managed by the City, and structured to make investments furthering the cause of affordable housing for low-income people.

The overwhelming majority of the 100 or so speakers were wholly for it, and passionately — aside from a few real estate agents.

“Why is the city subsidizing market-rate housing?”

“I’m witnessing the 4th re-gentrification of the Lower Hill.”

“They’re being pushed to neighborhoods with less food, less transit…”

“Pittsburgh’s population is now less than it was in 2010.”

“Pittsburgh was cute before all the plastic surgery — now, it’s getting ugly.”

Yet when Council Members offered closing thoughts after the last of 50+ speakers, it became clear not just that the Real Estate Transfer tax may be off the table to fund it — but that a number of other changes are going to be offered.

And that the pressures are getting irritating.

She upbraided community organizers for not reaching out to her southern district, especially its “burgeoning refugee and immigrant populations.” That can easily be interpreted as a slight against her frequent ally, Pittsburgh United, which had been poised to canvass for an aborted ballot measure for funding.

“This is a progressive Council” insisted Rudiak, for some reason caustically.

Councilor Daniel Lavelle, with poker-face in effect, pointed out that “a bill to increase the RET tax is not before the Council.” They were only discussing the authorization and structure of the fund.

Yet even still: “A number of amendments [possible changes] are coming.” 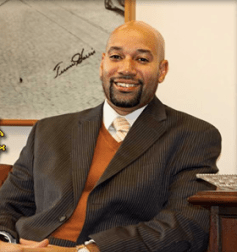 The Affordable Housing fund now reflects recommendations by Lavelle’s own Affordable Housing Task Force, which was set up and supported by Mayor Bill Peduto to assess and help satisfy various and specific demands for a citywide policy to provide for housing affordability.

Dedicated funding for such low-income housing trust funds as these are recognized “best practices” by a number of progressive policy experts. Though “a drop in the bucket” alone, they can play a role in a larger strategy while housing some families.

Without the real estate tax as a funding stream, many wonder where the money will come from.

Councilor Deb Gross was concerned about the City’s commitment to that larger strategy. 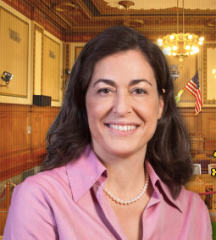 “We have one vote for Inclusionary Zoning on this Council,” she declared — referring to herself, and to another recognized best practice in affordable housing, a one-time Peduto policy.

Gross’s district surrounding Lawrenceville is already receiving the brunt end of skyrocketing property values, and some forms of gentrification.

“It’s not all about new housing,” Gross warned, “Because that’s how to house the least amount of people for the most amount of money.”

Additionally, a larger “Advisory Board” made up partially of representatives from low-income communities and advocacy groups would get to pre-screen any investments by the Governing Board, which is dominated by city leaders.

Rumor has it the Peduto administration would like to increase the flexibility with which the fund can be used, by watering down some of those safeguards.

Councilor Theresa Kail-Smith said she was “concerned” about the real estate tax, curious why this can’t be addressed by URA, HCAP, or with the County, and nervous over who would really benefit from the fund. “Does it benefit the people,” she asked, “not East End developers and organizations?”

Councilor Darlene Harris seemed merry enough on her way in, chatting over her Monday special meeting on flooding issues, but made limited remarks and did not stay the duration. The other members were absent.