Today, the City of Pittsburgh Commission on Human Relations met for the umpteenth time to discuss their search for a new Executive Director.

Pittsburgh’s CHR is “a law enforcement agency which derives its authority from the City Fair Practices Provisions found in Article V, Chapters 651 through 659 of the Pittsburgh City Code. These provisions make it unlawful to discriminate on the basis of race, color, religion, family status (housing), age, ancestry, national origin, place of birth, sex, sexual orientation, gender identity or expression, handicap or disability, [or] retaliation“

Four months ago, the painstakingly reassembled Commission showed signs of trouble in its process of selecting a new Executive Director. The Personnel Committee continued to have strained relations with the rest of the Commission. Last month, they all thought they had come together on an agreeable selection. But alas, that applicant had withdrawn their interest.

Before we report on the fallout from the inevitable closed-door Executive Session, the Comet has some advice:

1)  This will be the first new executive director in “four decades”, and under a very newly constituted board. If there are indeed any walls between the Personnel Committee and the full Commission, they ought to come down. The past prior Commission Chair went on and on at one meeting about the importance of the Personnel Committee and how things have always been done.

2) Mayor Bill Peduto’s liaison to the Commission, Chief Urban Affairs Officer Valerie McDonald-Roberts, ought to be playing a helpful role. While it might not be appropriate for her to pull strings for Directorship applicants, she can always offer wisdom. “Tell me about this friction, my little doves! And now, from my years in government and politics, let me tell you stories about how people I very much admire have handled stumbling blocks like these.”

3) If there are any unwritten rules about what kind of individual “gets to be” the Director of the City Human Relations Commission, the board ought to be having those conversations, straight out. In executive session at least.

4)  Roberts Rules of Order usually dictate that everybody gets a turn to speak to an issue, before anybody speaks twice. That includes the chair. This is a general complaint with local government bodies, but suffice to say there are problems here. Referencing one’s own physical proximity to the agency Solicitor, furthermore, does not make one’s argument very much more convincing.

An Interim Executive Director from within the agency is handling day-to-day CHR business.  When it had briefly appeared as though they had found a consensus Director, its new Chair was enthusiastic that we should expect great things. Today’s more uncertain meeting may turn out to be the straw that breaks something’s back.

Are you ready? Let’s see what happened… 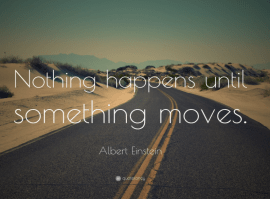 After nearly two hours behind closed doors, CHR Board Chair Winford Craig convened the public quorum briefly to announce that CHR was tabling a motion to offer the Executive Director job to another of the finalists until its September meeting. (August is recess.)

Craig said afterwords he thinks it important that any new director start off with the support of a lot of the board. Vice-Chair John Tague similarly expressed a desire to move forward with new leadership without significant divisions.

In terms of theatrics, past prior board Chair Leah Williams-Duncan made several bold choices. After reporters were ushered in and settled, but before the Chair began public proceedings, she exclaimed to no one in particular, “You know, I’m just so glad I have so much power on this commission!” in a withering sarcastic tone.

Later, a beat after the Chair adjourned following his announcement of the tabled motion and as reporters approached the commissioners, Williams-Duncan turned to commissioner Amanda Rubio and quite audibly informed her that “I truly am sorry if you are sensitive,” in some sort of blindside ambush of a put-down.

Rubio at a previous meeting first raised how it felt like board members were discussing a “firewall” between its Personnel Committee and the full body, an idea which caught currency. It was another meeting at which Williams-Duncan defended the precedents and processes of that committee, and that more information had been exchanged between it and the full Commission than was being alleged.

When asked by the Comet whether a new pool of applicants for the job of executive Director might ultimately be solicited under a new process, Craig answered, “Anything’s possible.”