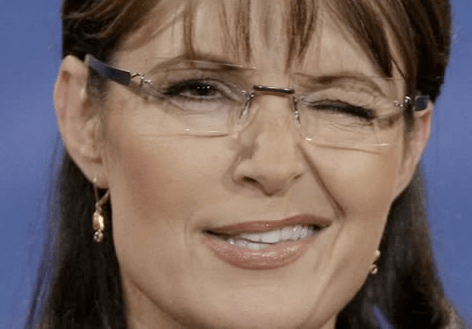 A worsening dispute? I thought it was a bettering dispute.

First, if you have not done so already, go listen to Undermayor Yarone Zober. His comments are remarkably well in-line with those previously made by Rob Stephany, Director of the URA, in response to hesitancy on City Council to approve state subsidies for a Bakery Square parking garage. Stephany even led off with, “Economic Development Equals Community Benefits”, so this is all the Administration’s very well-considered argument against CBA’s.

Now, a chart of where city tax revenues actually go is right here. Notice that there is no large circle for “Job Training”, although I suppose that endeavor could fall somewhere into the tiny $3.8 million lime-green bubble for “miscellaneous”. Note also that although sizable bubbles for “Police” and “Public Works” do exist, even those are humbled by immutable totals for “Debt Service” and “Pension, Health Benefits, and Workers Compensation”. These will only be growing in coming years, demanding more of our resources. So this means that it’s not particularly rational to believe that a significant portion of tax revenue generated by these new developments are going to go towards beat cops and improved infrastructure in our poverty-stricken communities — let alone whatever the residents in them are actually fighting for.

As to the jobs generated by these developments — I don’t think I can make a better argument than was made by Janice Parks HERE. Many of the sorts of jobs we are creating, particularly those in the hotel, restaurant and hospitality businesses, simply don’t seem to pay the kind of wages necessary to sustain a family — not even if you have two such jobs at the same time.


“Really, it comes down to creating jobs that pay the bills,” [Doug Shields] said, adding that people working in subsidized office buildings shouldn’t have to live in subsidized housing. (ibid)

How is a City supposed to thrive if even hard-working parents can’t keep their children safe, and provide them with hope and opportunity? Does the City realize how many of its neighborhoods and parts of neighborhoods are beat down and on the downswing?

Now, if you haven’t seen it already, Infinonymous annotated Zober’s performance and critiqued parts of it at length. Here is one portion I enjoyed, in response to Zober fretting over the “fairness” of seeking a CBA to benefit just one part of town:

Seems at least as fair as expecting the North Side to bear the brunt of parking, vandalism, public urination, and similar problems associated with venues developed on the North Side. Perhaps residents recall the manner in which the Heinz Field liquor license was ramrodded to issuance overriding standard Liquor Control Board practices, or the recurring sound issues, or have little faith in the assurances of a family whose appraisal of the situation included an apparently sober claim their fans do not become intoxicated at Steelers games.

You have to start somewhere, so why not start on the North Side in light of this unavoidably divisive North “Shore” development plan.

Of course, we already started experiments with CBA’s in the Hill District, which reminds me: Zober frequently referenced the unity of opinion among himself, the Mayor and the County Executive as evidence that CBA’s are a poor idea. 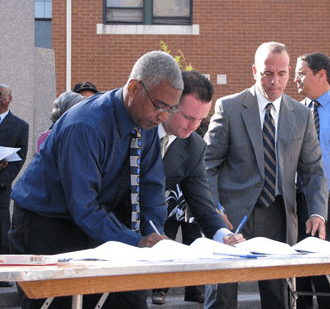 It should be pointed out that Allegheny County Chief Executive Dan Onorato was the first public official that I know of to take a strong public stand in favor of specific community benefits for the Hill District — including something very much like the $10 million development fund that the Hill District ministers originally demanded. Were it not for Onorato going on television and lending support to those strident demands, likening them to what he himself accomplished as a Pittsburgh City Council Member for his North Side, the One Hill CBA likely would never have come close to a reality. In addition, though Onorato later retreated so far behind the scenes he may have been in another zip code, he stuck by those Hill District ministers through the bitter end in nominating Rev. Johnny Monroe to the Steering Committee, which is to produce a community-oriented Master Plan.

In spite of everything else, Dan Onorato demonstrated some major empathy, major willingness to innovate, and major loyalty for his role in producing the Hill CBA. I’m not entirely sure where he stands on the “One Time Only Special Situation” question so I’m not going to speak for him — but I’m not positive City leaders can rely on him to buttress a position against Community Benefits packages.

Then again Mr. Zober was obviously at his very happiest when he was able to say the Governor supports his boss’s stance on economic development, so maybe this is all a much larger subject.

That’s why it’s troubling to hear that this Mayor’s policy now seems to be that all Community Benefit Agreements are dead on arrival. CBAs can be a valuable tool to attract private investments that benefit the entire community. They can provide good union jobs, help alleviate poverty, and help solidify the middle class in their communities.

A successful CBA requires a Mayor willing and able to bring all parties together to work for a fair outcome for everyone.

That was Independent mayoral candidate Kevin Acklin at today’s hearing.

Notice he didn’t say anything about “giving those groups whatever they want”. He also implies that if there is a question over which groups should be a party to a CBA (Zober suggested some potential friction between the NSLC and NU for example) and what issues should be on table, it should be a Mayor’s job to make sure everyone is treated fairly. It’s an opportunity to exhibit mayorship is what it sounds like.

I want to point this out. It seems most CBA movements are coalitions among three kinds of concerns:

1) LABOR CONCERNS who really seem only to want to add muchly-needed steroids to the trickle-down theory of economics — making sure those jobs which are generated are good-paying union jobs that provide health benefits and other protections, to a diversity of workers.

2) ENVIRONMENTAL CONCERNS who are sort of the green-headed stepchildren of the coalition at times, but who also may have the best chance of succeeding in Pittsburgh right now, since Mayor Ravenstahl is actually pretty good on environmental issues. (Read Thomas Hoffman’s FB note, Why Environmentalists Should Support the Northside United Campaign)

3) GRASSROOTS CONCERNS whose priorities are idiosyncratic — the best (most innovative) ideas and the worst (least well-researched) ideas are likely to be generated by these sources. Matters of history and culture, of education and recreation, of the neighborhoods’ building stock, of funding for entrepreneurial non-profits, and perhaps most importantly City and Neighborhood Planning — these things can be found here.

Most of the organizing talent and resources do seem to tend to stem from Universe #1 and to an extent Universe #2. When I reflect on this legislation, on the Hill CBA experience, and the passion with which trade unionists subscribe to trade union principles, I worry that the Grassroots category can so easily get lost in the shuffle — or cast aside due to PR concerns — or evaporate once the labor concerns are sufficiently addressed and a “win” can be racked up.

I personally think that would be a huge shame because some of these neighborhoods require direct investment by either developers aiming to win public confidence, or by an Urban Redevelopment Authority which should be … well, redeveloping our urban fabric with all the State and Federal money it does receive precisely due to Pittsburgh’s high poverty rates.

In other words, I don’t think any particular legislation, as good as it may be, can ever reduce or eliminate the need for community-specific innovation and engagement with city government and the private sector together. That doesn’t mean I think the new legislation is bad, I just think it’s beside some of the points — I don’t want to replace a negotiative, participatory model with a formulaic one.

*-NOTE: None of the above, it must be admitted, actually addresses the core of the real argument against CBA’s, which is, as they say: “The developers aren’t keen to it”. Call that a discussion topic for until I return — though commenter “n’at” already had something relevant to say along those lines in this post.