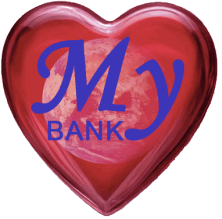 Today Council members Deb Gross and Corey O’Connor received a wide array of community appreciation for hard work and inclusive processes — as well as preliminary approval for amended public land bank legislation by a vote of 7-1-1.

Some of its features:

9 board members: 3 appointed by Mayor, 3 appointed by City Council, and 3 from “community groups” with strictures to ensure representation of highly affected Council Districts. Each the five geographical regions of the City must be represented by at least one board member.

It will prioritize the creation of low-income housing as determined by a percentage in its Policies and Procedures, all of which will be determined during five televised meetings across the City.

The Land Bank will work with the city’s Summer Youth Employment Program and other locally-sourced labor for property maintenance.

A hold will be placed on the transfer of any property if the board receives 15 signatures from nearby residents, whereupon it will hold a special local hearing in the community.

And finally… for the first 2-4 years of the Land Bank’s lifespan… City Council will retain veto power over every property transaction.

No word on whether that final major concession will result in any increase in political factional goodwill or cooperation.