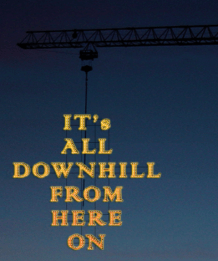 In a decision that will help define Allegheny County for decades as an exposition, its Council approved an agreement negotiated between the administration of County Executive Rich Fitzgerald and Fort Worth, TX-based Range Resources together with Monroeville-based Huntley & Huntley to drill for natural gas under 1,180 acre Deer Lakes Park.

The County park lies 15 miles northeast of the City of Pittsburgh — which in 2012 enacted its own drilling ban.

We missed viewing this round of public commentary, but we did manage to tune in online to debate among Council members, which commenced finally on Wednesday night around 11:00 PM.

Sue Means (R-Mt. Lebanon n’at) relayed disappointment that certain types of experts were excluded from hearings held through the Parks Committee. She thought it “bad government” to have to hold “her own” hearings to explore environmental experts’ perspective, and not at the same table as officials of industry and from the State and County.

Heather Heidelbaugh (R-“at large”) held a raft of objections: that according to nearby leaseholders, drilling is not certain to take place regardless of County involvement, contrary to frequent claims; that no new local jobs in drilling are being made available, having all been previously contracted away;  that the process by which the Lease was negotiated and advanced through Council was undemocratic and secretive; that according to her attorney it was a “bad lease” that could stand for improvement; and that the new revenue collected from it is held at arm’s-length from the Council body.

Bill Robinson (D-Central/East) focused on the implications of the Lease on compliance with the County’s Minority Women and Disadvantaged Business Enterprise contracting rules, and defended his obligation to raise those uncomfortable questions as member whose district was carved specifically so the County might sustain a Black member of Council. He also warned ruefully that the process was “exposing” the Council as cringe-worthy.

Barbara Daly Danko (D-East End) seemed impressed with the cases already enunciated by her colleagues, particularly those of Ms. Heidelbaugh, and merely reemphasized how the process seemed geared to limit participation, and how surprised / unsurprised she was to learn that drilling was not certain to happen in the immediate vicinity regardless of Allegheny County signing this Lease; that this may have been a false talking point. She also made reference to due diligence and Oil and Gas Act jurisprudence.

Jan Rea (R-Sewickley n’at) remained quiet, and seemed to surprise by voting against the Lease during role call vote. 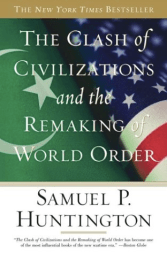 It is noteworthy to report that all the women and minority members of County Council voted against (or abstained from voting on) the Lease. All nine white males voted in support. In addition, the iconic Scots-Irish “Yinzer” accent was summoned far more loudly and proudly by those Councilors backing the deal.

Councilmen James Ellenbogen (D-South City / ‘Burbs), Ed Kress (R-Shaler n’at) and Nicholas Futules (D- Northeast) were the most active among Lease proponents. Interspersed among urgings in favor of increased economic activity and public revenue — the theme being, the likelihood of something beneficial was superior to the “zero” of no deal — were a host of arguments pertaining to differing cultural sentiments: mainly interpretations of and tolerance for environmental risk.

One noted archly that he’d lived in Lawrenceville “before it became Yuppie Central”. Another countered claims a speaker had made that a certain chemical byproduct of the fracking process was linked to causing cancer, asserting it had actually been mistaken for a different chemical “used in cancer treatment!” Another testified that while inquiring among neighbors to another regional natural gas extraction site, the worst they experienced was merely that their house “shook for five days”.

Lease enthusiasts took as much if not more offense over suggestions that they had been “bought and paid for” by the gas industry, as Lease haters took umbrage at being called “environmental wackos”. Here are the components of a strong Yinzer argument*:

1) Streaks of intelligence, empathy and insight to rival any in this world.

2)  A strong appeal at the front of the cart to having “talked to people in my District”, together with conjuring class distinctions — employed as a distraction from having to respond to any specific concerns (e.g.: flawed premises, unintended consequences, undemocratic processes or lacks of due diligence).

3) When trapped into addressing specific objections or concerns, a reliance on an array of typically hilarious logical fallacies, furious outbursts, factual misstatements, parliamentary stunts and malapropisms… one might call this the “Yinzer Ink Defense“.

4) The arrogance that comes of believing one going to win (that which one wants or needs) anyway.

Proponents for the parks drilling Lease may not have needed to rely on such obtusity. They might have relied with greater fidelity on the benefits of the County revenue, even fully dedicating it to concrete proposals. They might not have emphasized the questionable presence of new local drilling jobs available but rather “second-order” economic impacts, from the steel to service sectors. They might have opened weeks-ago Council hearings up to all types of relevant experts, instead of bruising perceptions by hearing only industry, State DEP under Corbett, and County officials. They might have engaged Councilwoman Heidelbaugh as a potential ally, showing strategic trust by cutting her in on Lease negotiations. Or they might have better ensured that settled M/W/DBE contracting standards were squared away as part of this landmark public-private partnership.

Meanwhile, the new, mockingly dubbed “Obstructionist Caucus” on Council conceded that it had failed ever to meet. Perhaps if they really did exist, and had a standing agenda to all aid one another in getting information and concerns “out there,” more of such concerns would find air and sunlight more readily.

An achievement is unlocked. Tension accrues.

Yesterday by a vote of 9-5-1, The Lease passed. Allegheny County is in business! This one is over.

*– while “real Yinzers” probably invented and perfected the Yinzer Argument, everyone around here is prone to making them.