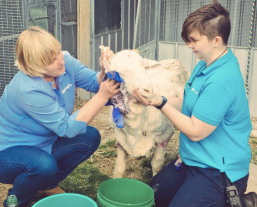 This will just about catch us up.

ALCOSAN, the City / County sewer authority, has begun investing billions in a centennial overhaul. But ALCOSAN officials are not shopping around for an engineering firm to manage the lion’s share, having settled into a favorite named AECOM. One board member actually resigned because contracting decisions seemed too thinly justified to be associated with.

It is probably time for elected-on-autopilot Allegheny County Treasurer John Weinstein, who chairs the ALCOSAN board and is responsible for how these decisions get made, to step into the limelight. He can begin providing real public accountability for the whole sensational undertaking, instead of public relations.

The new health care system is up and running, utilizing partnerships with a private health network and an established County-run health center. Sounds intricate, but sensible. If quality of care is seen to improve, this should remind people that sometimes government is a better tool for certain jobs than the private sector. Throughout this ordeal I never once heard anybody say, “Just get a different, better corporation to take care of the inmates!” Maybe for-profit criminal justice generally is on its way out.

State Rep. Daryl Metcalfe (R-Cranberry), chair of the PA House of Representative’s rather powerful “State Government” Committee, restricts gay and Latino House members from speaking in defense of their own civil rights issues, but recruits testimony from white supremacists to menace them.

Cranberry Township is young, fixated on economic growth and very proud. Cranberrians must think they are doing something right, and they must not sweat the small stuff or much of anything really. But the ugly tyranny of Chairman Metcalfe is getting un-American, and somebody has to do something. This isn’t a symbolic or rhetorical offense; the man is running a discriminatory government body, a kangaroo court.  Speaker of the House Mike Turzai, whose district lies between Cranberry and the city, is perfectly situated to step in and act statesmanlike.

Agreement on a state budget is kind of important — setting tax rates and the expenditure levels for things like education, transportation and public safety, not to mention keeping lights running all over Pennsylvania. At the same time, apparently, a lot of us are upset that we have to make an extra stop to buy liquor or cases of beer. 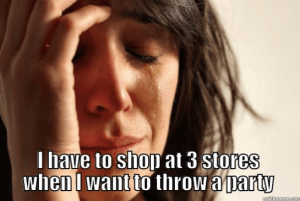 But maybe the state budget and alcohol sales are two entirely separate problems that need to be considered separately? As urgently as some of us need Pennsylvania to get out of the liquor business “as soon as possible,” maybe we should be noticing that chaining together disparate issues and playing deadline-busting games of chicken with them is a failed strategy that reliably makes everything more impossible. Just a thought.

RACE FOR US SENATE:

Check him out on MSNBC’s All in with Chris Hayes:

CH: Okay but — well, first of all, have you had success? This is a very poor place, you’ve been here for ten years, what can you do as Mayor to improve…

JF: Well, the first thing we did is we’ve made it a safe place again. And the thing that I would say I’m most proud of, we accomplished in Braddock, is that we went over five and a half years without the loss of life through violence, which is unprecedented in any community, certainly, facing the issues that we have.

That is the issue he ran on more than eight years ago. That is what those tattoos are all about. So we’re glad this is still a talking point and filed under “success story”, and really hope to hear more about the turnaround.

Meanwhile, although most pundits say they can’t gauge the giant’s effect on the race, Sestak had been running as the down-to-earth lone wolf raging against the machine. Fetterman’s entry poaches that persona like taking candy from a baby, it seems to me. Different people connect with political campaigns for different mixtures of reasons, and while most of Fetterman’s support is no doubt authentic, we wouldn’t be terribly surprised if several are hitching up with him because it seems like a more fun and face-saving way to be helpful to McGinty, Wolf and the new Democratic order.

It was pretty remarkable seeing tens of thousands line up all orderly to eat communion wafers at the state capitol on a beautiful day. Is there a difference generally between who takes it by hand, and who sticks out their tongue? And do you suppose the Pontif’s visit was the catharsis moment for soon to be ex-Speaker Boehner? Is it going to get worse in the House of Representatives before it gets better, or are things just going to get worse? Which white guy will they pick?

We’re filing this news under “Continental”. Pittsburgh is introducing more bicycle infrastructure, and bike boxes will be the next big thing. At those marked intersections, bicycles making left turns will get to cut in front of the line at red lights so as to better execute a Pittsburgh Left.

But while this small-ball stuff is happening, did you notice that the Mayor is  slowly creeping up on the Forks of the Ohio with bike lanes? Maybe state conservatives like Scarnati and Metcalfe are right about Peduto with reference to creeping socialism and Agenda 21. If bicyclists can cruise right into and around Point State Park, that’s basically the start of liberating North America from car culture, and destabilizing the whole fossil fuel economy. I’d want to crush him like a bug before this evolves any further, too.

One thought on “County, State & Beyond: More sheep shearing”