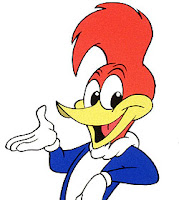 Still the man you love to hate:


In a New Year’s Eve surprise, Pittsburgh Mayor Luke Ravenstahl this afternoon vetoed prevailing wage legislation passed unanimously by city council 10 days ago … Coming at the end of council’s two-year session, the timing of the veto was apparently meant to leave council no chance to vote to override. (P-G, Rich Lord)

You know, lately there’s been a lot of chatter about a wing of Council that is very concerned about being able to work “collaboratively”, “cooperatively” or “interdependently” with Ravenstahl. It was based on a fallacy that was so divorced from reality, it was hard to spot until just now.

After many meetings, Council came together to pass this law unanimously, 9-0. The administration chose not to take part in the crafting of the legislation, chose not to oppose its passage, and chose not to veto it in a manner consistent with the sensible and fair operation of government. They chose to veto it on New Years Eve, at 3:30 PM, after the Council term came to a close (and one member had actually resigned to become a judge), thereby spitting in the eye of their governmental partners, and of the institution in general.

And we’re supposed to believe it’s Bill Peduto and his ilk that is the source of friction, resentment and ill will on Grant Street. Right. Happy New Year, Luke, I hope it was worth it.