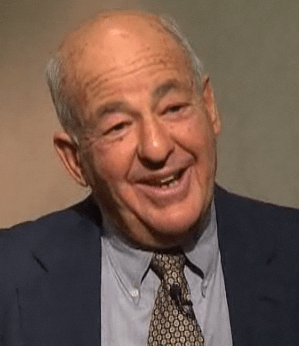 WPXI has some engaging 1-on-1 footage online with Dr. Cyril Wecht.

Wecht sounds to be in a coyly celebratory mood now that evidence against him involving charges of fraud and theft have been suppressed by a judge due to problems with FBI warrants.

Let’s do a little live blogging…

1. The prospects of any future legal challenges are framed as explainable only by an “attitude of a personal nature” operating under a “cloak of a legal analysis”.

2. Minions? Am — am I a minion? Mmokay. ZOMG, IS MS. BUCHANAN = PITTGIRL??? It’s all coming together! Worlds are colliding! George is getting upset! Seriously, though, for a guy who chooses his words with great care, “minions” seems a bit harsh.

3. “It’s such a well-written, strongly and intellectually worded opinion” — well that sounds like a humdinger of a good time! I’m going to have to read it, one of these days, when Ravenstahl and Peduto and Dowd and Onorato and Roddey are all sitting around singing Cumbaya. (PDF)

4. The idiosyncrasies of our own 3rd Circuit seem to factor in heavily, perhaps determinately. Almost tempts one to want to see this ushered up to the Roberts Court. What, NO! That’d probably turn out awful for civil liberties and constitutional rights all across America. But it’s academically interesting.

9. Tasteful plug for his recent book: A Question of Murder: five recent high-profle cases from the world of forensic pathology.

But fascinating as the cases are, and though Wecht’s breadth of forensic knowledge and experience is undeniable, these stories lack cohesion and too often veer into unnecessary minutiae. (Publisher’s Weekly)

At least we know it wasn’t ghost-written! Seriously, though, he seems like an undiminished ball of energy.

2 thoughts on “Cyril Wecht: “Taking Nothing for Granted””