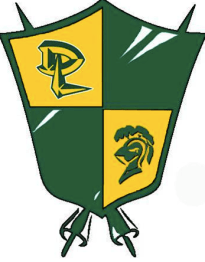 Allegheny County officials presented a broad range of political and community support for it, but it was the opposition that had us laughing in the aisles and crying into our jackets.

The Fracking Hearing of Deer Lakes was fantastic. Top-notch republican democracy, lowercase both.

The abundant list of speakers was indeed front-loaded towards those in support. Jeanne Clark, formerly of PennFuture delivered the most stunning uppercut, vouching for the environmental protections embedded in that proposed contract.

Yet speakers jabbing with concern over the public-private venture eventually outnumbered those urging adoption. The public audience at large, to this reporter, seemed split neatly at about 50-50 in sentiment (as estimated from applause and interested murmuring).

The crux of many of Allegheny County Executive Rich Fitzgerald‘s arguments, repeated with tragic frequency, was that drilling is going to happen anyway surrounding Deer Lakes Park. This lease, he asserted, will draw that activity under a collective umbrella which goes “above and beyond” what the state Department of Environmental Protection now regulates in terms of environmental reassurances.

In addition to that refrain, the $8 million in harvested public revenue is sought to help maintain or restore the County Park and other community assets. Surrounding lease holders are expecting royalty boosts from participating in a larger sales pool. The anticipated increase in jobs and spill-over economic activity are appreciated by many. 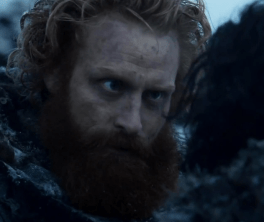 Also, something about a layer of rock, as well as representations that gasses and other particles are unlikely to rise against gravity.

The rock buffer was mentioned by a well-accredited earth scientist describing natural protections arguing in support of the partnership and the lease. It fell to a later commenter to point out that said speaker also happened to be in the employ of Range and friends.

Yet Fitz was the only vocal official in the phalanx.

When it came to answering certain specific questions from opponents, our County Executive was less adroit than when on his own message. Whether it be environmental remediation procedures following any leakage or disruption, or post-project, or the alleged present lake pollution we seek to tackle with increased revenues; or the specifics about any infrastructure improvements that will be necessary; nor of pledged noise impact remediation; nor of how many of the industry jobs can be expected to be held by locals.

A gentleman near to me groused, “Did he forget to bring his Trapper Keeper?” 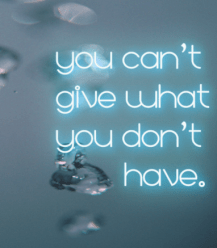 A public commenter put it even better with an outburst of Yiddish, which he quickly translated: “You can’t give what you don’t got!”

Fitzgerald recoiled sideways at that, as though he had been slapped in the face with a fish. But for the most part he remained gamely feisty.

Interspersed among frequent levity, opponents also spoke with grave solemnity of a dizzying variety of environmental risks, from park wildlife to global warming. Mel Packer noted a brand new report of a spike in Colorado in fetal abnormalities correlating with drilling activity.

A young woman representing Earth Kids, active locally around the Deer Lakes Park, warned of damage caused by well casing failure and methane migration . Fitzgerald responded that if there’s water leaking into your basement, you don’t have to worry about your attic.

The Earth Kid elder just looked at him, incredulously.

Such demonstrations didn’t exactly have a persuasive effect on Operators Engineers Local 66, for example. Nor the East Liberty hotel developer. Nor the Deer Lakes resident who inquired whether any of those attendees adorned with green scarfs denoting environmental-based opposition had bicycled out to the suburban high school auditorium.

Great stuff. You need to go to these things to believe it.

And that’s your window into Pittsburgh’s on-again, off-again, currently hot and heavy BFFwB, Allegheny County. Somebody should start a blog. The Allegheny Planetesimal? Nah, too derivative. There are so many tales of adventure, cunning and valor in this City of Champions. You can chase them elsewhere before Next Week. Patience, little doves! In the meantime, Friday is upon us, Spring is here and you know what that means! Send ravens from East Hills to East Carnegie, and from Lincoln Place to Perry North! Enjoy the weekend, Pittsbourghos!

8 thoughts on “Deer Lakes Shale Lease: Drilling into your Weekend!”