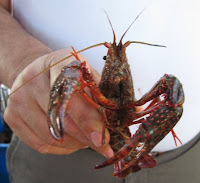 “I think this DeSantis is going to give your … your Ravenstahl a run for his money,” he assures us. “It’s not going to be a walk-in, or you know, a shoo-in.”

Unlike previous scandals weathered by this fledgling administration, he believes that the promotions of three “no-goodniks” in the police department will leave a lasting impression with many voters.

Yet a reversal at this point would also entail political risks. “The unions would really give him hell over that,” he speculated.

Sure enough, this item appears in a story by the P-G’s Lord and Silver:

Any reversal, or change in procedure, would prompt the Fraternal Order of Police to “file every kind of an action I could to stop him from tampering with state civil service law,” said union President James Malloy.

The mayor is “getting pressure, probably from women’s groups, and now he wants to crawfish and go back the other way,” he said. “That’s a sign of immaturity.”

How the mayor attempts to resolve this Catch 22 — whose opposition would he rather endure — may be construed as his first tough campaign decision of the general election.