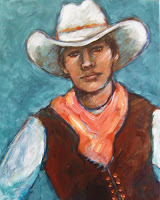 In the wake of a push by many in the community benefits movement for new laws mandating “living wage” compensation at state-subsidized developments, a letter from the head of the Urban Redevelopment Authority has fallen into wide circulation:

As you may have read in the Post-Gazette, the City is engaged in a discussion regarding a potential ‘living wage’ policy for the City of Pittsburgh.

The discussion as framed by the Post-Gazette is the potential for a policy that would require developers and businesses receiving public funding to create ‘living wage’ jobs. While I think we all support the concept of living wages, we worry about putting the City at a competitive disadvantage as well as potential unintended detrimental impacts to City residents and neighborhoods. Whatever the outcome of this discussion, the implications for future City development and doing business in the City is sure to be long term.

We are asking that you make your opinion known to the Mayor’s Office, your City Councilmember, and the media. What would a living wage policy mean to your business, your tenants, your business district, etc.? If you request, your response to me will be kept in anonymity.

I sincerely hope to hear from you.

The Pittsburgh Comet echoes this request and offers the same assurances.

In addressing this solicitation to URA clients, Stephany may have been unintentionally inviting a skewed response sample. Think about all the developers which have not yet had the good fortune of having bids and applications approved by the city’s URA. In addition, think of those who have not even chosen to deal with the City of Pittsburgh for any number of reasons.

In response my forwarding along this e-mail, a local community organizer forwarded back to me an interesting perspective from a hotel operator on the Left Coast:

As the owner of a large hotel on Century Boulevard near Los Angeles International Airport, I am well aware of the opportunity for economic growth and prosperity in the area, fueled in part by an increasingly important hospitality industry.

Century Boulevard is home to the largest concentration of hotel rooms in Los Angeles County and has the highest industry revenue of all the region’s sub-markets. The hotels on the boulevard are enjoying higher occupancies than ever before, resulting in a tremendous increase in profits from previous years. However, the corridor is still a relative bargain for travelers when compared to other markets in the county and those around other major international airports. (LAT, Peter Dumon)


Management and labor need to stop fighting each other on the living wage law. There should be one simple goal: serving the traveling public. If we do this well, we can easily afford to pay our associates a living wage.

Although this is in the interest of many constituencies, hotel owners are really the ones who stand to gain the most from dropping their illogical opposition to the law. A vigorous, well-trained labor market benefits our bottom line. Dedicated and fairly compensated workers committed to a career in the industry will help us increase our guest-satisfaction levels while reducing employee turnover. In short, the living wage is a profit-enhancing idea. (ibid)

To this, I would only add that for many kinds of retail developments — setting aside hotels for a moment — an economically secure workforce also contributes to a vigorous and more stable local consumer base.

True, Mr. Dumon appears to have penned the above only after a living wage ordinance in LA became law and was upheld in court. Yet at the same time, he is testifying not only that doing so did not constitute the end of the world, but that there was an affirmative upside.

I wonder if we can find similar thinking in Western PA. If we can’t, I wonder what we can do to get some.

23 thoughts on “Developers: Not Necessarily Of One Mind”