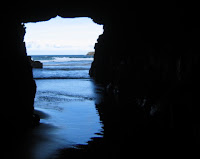 In a letter to Penguins President David Morehouse last week, the One Hill Community Benefits Agreement Coalition said it “would be productive” to have the team at the table since the new arena deal and the Penguins’ role in developing 28 acres near the Hill were the impetus for the benefits discussions. (P-G, Rich Lord)

“One of their representatives said they would come back to the table,” Redwood said hours after the group publicly released the letter to Moorehouse. (Trib, Jeremy Boren)

If the Penguins are joining the table at a decision-making level — if they are curious and open-minded about Hill residents’ intentions for their neighborhood, if they are starting to see some daylight between local government officials’ claims about what is possible and what is really possible — then this is wonderful news. Absolutely wonderful.

If the neighborhood and the Penguins ever get together, Pittsburgh and the region better look out.

If however, the Penguins are sending a warm body to the negotiating table for the purposes of demonstrating that they sent somebody — if they send only a community-relations specialist who will offer some well-crafted empty messages, if they have not truly apprehended that there might be superior ways of doing business in the Hill — then this is just more window dressing. Time will tell.

One more note. The Trib article leads with the fact that the Pens were “successfully pressured” by One Hill to join negotiations. Our take:

To the editors and publishers of the Tribune-Review, any community benefits agreement signed anywhere in Pittsburgh would be a blow to business liberties and a victory for global socialism. The knee-jerk conservative reaction to all this goes no deeper than, “why shouldn’t the business get to keep all the money?”

Obviously any real CBA gets more accomplished than this — the developer is party to any agreement, after all — and it ignores the fact that the proper role for minority communities in the process of neighborhood development has been neutered via an intergovernmental process thoroughly corrupted by money and politics.

Democratic party money and politics, no less. Even still, the Scaifes and their ilk cannot see their hands before their faces. Their instinct is to shame and bully the Penguins back away from the table, and that’s the end of it.

If it makes the Trib feel any better, the Comet is in favor of utilizing this new CBA technology only on the Hill, and is skeptical of using it elsewhere for now. The special history of broken promises and resentments on the Hill makes the necessity for a broadly agreed-to contract outweigh any hesitancy to try a new, more arduous development concept.