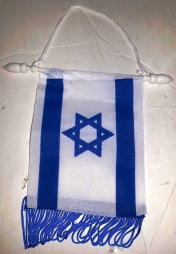 The most recent conflict demonstrated at Schenley Plaza in the Oakland corridor of Pittsburgh seems to be passing without serious incident — and for that, we should rejoice.

I don’t want to get caught up in the weeds of a geopolitically complex military entanglement. But can we all agree that wildcat threats of mortal violence in reprisal for academic speech are bad?

Such mishegas is mishegas. But in our own speech and politics, we should be mindful of danger in our capacity to be “led astray by our own heart and our own eyes”. That is why Jews are given to weaving blue fringes on our garments: it is to implore us to remember the Lord’s commandments.

Of the 613 “mitzvot” enumerated in the Torah, an impassioned hostility by Jews against Conflict Kitchen is a missed opportunity to fulfill commandments numbered 16 through 21. These six are among the 48 mitzvot in Leviticus 19, which scholars categorize as “prescriptions for practical holiness” relating to “neighborliness”:

So the next time the topic of the aptly named “Conflict Kitchen” comes up, remember that Pittsburgh gave rise to Mr. Rogers’ Neighborhood, and has long played host to the world! Then embrace the responsibilities of great nations. Among the many cultures, do any fail to take joy in conversation over a good meal? The kitchen may not be serving lacy, crisp potato pancakes, but it sounds like these academicians are offering great entryways into just the sort of argumentation that the Jewish people have raised to an art form… lately, along with crispy chickpea patties.

And their namura (a sweet yogurt cake with pine nuts) sounds delightful!