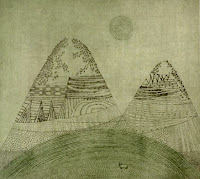 Carl Redwood Jr. serves as Chair of the One Hill CBA Coalition.

He posted a comment to our recent Hill District / Penguins arena post, which he also e-mailed to us. We republish it here without comment for the time being.

The “ministers” are a thinly veiled cover for the Hill CDC Board.

The Hill CDC is a small board of individuals. Some of these individuals are among the 9 ministers. They don’t represent the Hill District community. They don’t want community input or direction.

The One Hill Coalition represents the Hill District Community precisely because of the process of how One Hill was developed. More than 100 organizations from the Hill are members of One Hill. One Hill has held weekly public meetings since April 2007. The negotiating points of One Hill were developed and selected by the community over many meetings from April to August 2007.

The individuals on the CDC Board and any ministers have a right to their opinions. However they were not chosen through any process to represent the Hill District. They do not speak for the Hill District Community.

The Comet asked this of Redwood as a follow-up:

“I’ve gotta ask … the Mayor stated clearly that he opposes any funding going to Hill District organizations or initiatives. He may have been addressing Milliones and the Hill CDC, but his statement seemed very broad and very clear. How would you / One Hill respond to that?”

The Mayor’s stated position “No funds controlled by the Hill community” is not acceptable to One Hill. One of our Blueprint points is precisely to create such a fund.

There you have it.

We hope the two groups can still strike some kind of meaningful accord. For all their differences, they seem to have plenty in common — and more than enough at stake.

9 thoughts on “Feedback: Carl Redwood of One Hill”