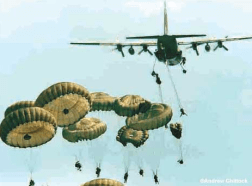 This is a good example of why people get disillusioned with the political system and turn to more constructive pursuits, like smashing windows.

Lo and behold, the Stonewall Dems discovered it had developed some very powerful convictions when it came to the office of Allegheny County Controller — and besides which that its own organizational and community members aren’t good enough to endorse for office.

I remember something similar happened eight years ago with the Young Democrats of Allegheny County endorsement. A difference is that YDAC is little more than a farm system for aspiring hacks to sharpen their knives, anyway, whereas SCSD had heretofore advanced a loftier goal to “advance equal rights for all people, regardless of sexual orientation or gender identity or expression.”

The unforced error Better Jobs, Better Future committed here was breaking the 4th wall of politics: most of us rubes are actually invested in the illusion that our engagement with local political, civic and neighborhood groups means we are building something, that the process made up of all those meetings, e-mail chains and events are not always one political deal, stunt or executive “suggestion” away from being overturned. The Flaherty-Fitzgerald campaign, like Frank Underwood drawling into camera, disabused us of that notion.

How much does it matter? I think very little. It’s an interesting race to watch, but I actually do not think the outcome has been very much doubt. People know that incumbent Chelsa Wagner wants to audit all the hundred-million dollar County authorities from which she and all outsiders are excluded, and give Allegheny County Executive Rich Fitzgerald with whom she does not get along a hard time while doing so. Meanwhile, people know that challenger and prior incumbent Mark Patrick Flaherty wants to restore “honor and dignity” to the Office of Controller. But they do not know what that means.

Sure, people also know that Wagner is a Wagner and that her office is lately full of Ravenstahls (though I might have hired some gangsters too if I was getting politically assaulted by County officials every time my office sent a memo), so her claim that she’s not part of any “old boys network” is too cute by half. But they also realize she is not currently “In-Network”, which should be good enough to provide for a spirited check or a “second set of eyes” which is all Controllering really is anyway. I honestly think Allegheny County residents are all going to wake up on Tuesday May 19th, vote for Chelsa, go home, take a shower, watch returns, learn that she’s won about a million to 7, and go to bed happy.