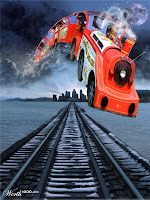 You know how Mayor Ravenstahl and others have been lobbying Harrisburg for a statewide pensions fix? As they say, “Be careful what you wish for, you just might get it”.

Under the state’s new proposal, all municipal pension funds with less than 50% funding (that’s totally us) would be taken over by the state. The state would determine how and when we pay into it, how and when it pays out, and who gets to handle the investing.

One can therefore safely disregard that hyperbolic statement, seeing as how the proposal would take Abel’s business portfolio right out from under him. However, many in the city are understandably distressed at sacrificing their control, especially over the prospect of holding out for dramatic fixes like leasing our parking lots.

“Hopefully, the worst is behind us,” said Tony Pokora, the city’s assistance finance director, noting that the fund rebounded from March lows in April and May.

[State Retirement Commission Director James L.] McAneny said the worst may be ahead, since investment losses of the past year won’t be factored into pension funding formulas until next year. (ibid)

This is why I’m almost looking forward to some tough state love. Almost.
##
Never mind yesterday morning’s skepticism — Peduto’s proposed oversight panel for the spendulus porkulus money (I’ve been listening to too much Rush Limbaugh) is likely to pass. I don’t know its details and it may well be amended, but something close to it will pass.

Yes the fireworks between Council President Doug Shields and Chuck Half of PittMAPS were eyebrow-raising, see the P-G’s Dennis Roddey.

The real news I saw was that Councilwoman Harris and Councilwoman Smith were asking all sorts of tough questions, sounding extremely interested in ensuring that they would be briefed in advance on anything they might be asked to sign off on. They also wanted to see their own projects get a real nice transparent fair hearing.

If this is an issue about — well, about the Council’s fundamental control over public spending — you will probably be able to add Councilwoman Payne to this column, who does have a record of being a watchdog for the Council’s powers. So there’s your math and then some. Of course, Payne was absent from the special meeting, as was Burgess and Motznik, so there may still emerge a novel counterargument to the legislation, possibly legal in nature.

The other news is that Councilman Peduto was again all composed and effective, which is weird getting used to.

Tying up loose ends: the Hill District community benefits agreement appears to be making itself useful.

The Hill House Association yesterday announced that nine community organizations will receive funding this year. The funding will come from the $3 million Bank of New York Mellon agreed to contribute to the Hill District Neighborhood Partnership Program over a six-year period. (P-G, Karamagi Rujumba)

Alright, briefly and only for background’s sake: the Agreement brought funding for a grocery store (which looks like it will be a Kuhn’s developed by the Hill House) and it arranges for money for community programs (doled out by the Hill House). It was the Hill House’s great privileges due to its “stature in the community” (words taken from the formal CBA) and the relatively limited or nonexistent scope of resources available for ‘economic development’, ‘historic preservation’, ‘direct investment’ or what have you that made the CBA so controversial in some quarters.

Yet we can all see some resources manifesting, which is why it was never fashionable to outright bash the CBA in most quarters.

As stated, the Master Plan for the 28 Acres and Beyond is where the action is now. Pittsburgh is waiting on responses to a URA RFP from which they will select a consultant to create the Master Plan. If City Planning and/or the URA and/or the community is meeting in any meaningful way to begin the planning and envisioning process, it is happening below my own radar.

The projects to be funded include programs for financial literacy, tutoring, substance abuse, establishing green space and no-interest loans for home improvements. The funding is backed by tax credits that BNY Mellon sought from the Pennsylvania Department of Community and Economic Development. (ibid)

It was the state DCED’s approval of the tax-credits for BNY Mellon’s generosity that provided today’s news hook. If they hadn’t approved the tax-credits, it kind of would have been bad.

21 thoughts on “Friday: Careful What You Wish For…”