You can’t get into the Special Election in Dowdville, without discussing Buncher Comapny’s development plans!

Major riverfront development is rumbling as though to proceed regardless of the landowner acquiring sought-after public financing and regardless of getting to demolish part of a very long historic building.

Shame only in that the setbacks from the river bank for building probably ranked highest on my Buncher Country wish-list. As this comprises part of the public’s joyful right-of-way along its rivers at what should be a high-density spot and the environmentalists are raising alarms about river bank erosion… well, they’re not making any more land. So that’s a cost.

Strategies for how to proceed as Buncher signals its hand are hard to formulate. Ceoffe Jr. took a shot at explaining his approach on his “Neighbors for” Facebook page, and Deb Gross on her own page links pointedly to Pikes Place Market.

Not your favorite type of election issue? I don’t know. State oversight is always a fun one.

Speaking of state oversight and our financial situation, yes, in Darlene Harris’ possible bid for Mayor…

The Housing Authority of the City of Pittsburgh board voted today to commit $16.5 million to a $106 million effort to replace or add hundreds of new homes in Larimer.

The authority board’s vote comes a day after Pittsburgh City Council postponed, for a week, its own vote to commit an identical amount to the revamp. (P-G, Rich Lord)

Councilman Burgess chairs the city’s quasi-independent Housing Authority, which can spend many millions from HUD for such purposes.

Councilman Peduto was among the several weighing whether, from what and how easily the City itself can pony up $16.5 million for this private residential development in Larimer. He took a moment to note that despite the plethora of excellent press Pittsburgh has been getting for not being Detroit, that our financial picture is actually a lot worse than is being reported. And it’s true, the core and region are making great gains in addition, while the City’s pension crunch will be exponential. 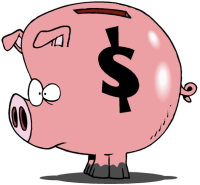 The Council of Nine are going to take another week to look at the $16.5 million.

Council members Burgess and Peduto seemed to work through the entire discussion without issue, for what it’s worth. Take that week by week.

Which brings us to finally: Council voted unanimously to throw a question on November’s ballot about the police residency requirement. I think I had the wrong impression of the likelihood of the arbitration panel ruling to allow residency to be fair game for the bargaining table under present conditions. At any rate, if I’m the only person in Pittsburgh who fancies there are more urgent things on the public policing wish-list, and who doesn’t think the residency requirement is proving to be all that determinative, that’s fine.

There was also some jazz about police training.
(RELATED: CFJComo)

13 thoughts on “Friday: Into your Weekend Warmongering…”