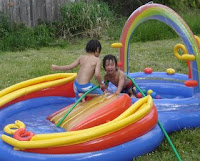 Michael Lamb jumps to Don Barden’s defense, and we find it to be sound. Sound! (P-G, Letters) He’s at the bottom of the screen.

At the top of the screen you will find a long Schood District diatribe from Larry Myers. Worth a read.

The P-G Edit Board jumps to the Steelers defense:

Clearly, Mr. Flaherty has seen a political opportunity and has been less than scrupulous in exploiting it. While he assumes a legal authority, the sections of the lease agreement Mr. Flaherty cites between the Steelers franchise and the Sports & Exhibition Authority do not back up his contention that a reimbursement would be required. This is nothing but a bluff and a shakedown.

You could go that route, Mr. Edit Board, but then do you know who you have determining the future of the North Shore, and all that exciting development activity? Attorneys.

Not that there’s anything wrong with that! Do we know Mr. Flaherty doesn’t have a case? Life needs populists to raise these questions, Mr. Edit Board, and we’re not ones to go about cutting them off at the knees.

Especially if its a bluff or a shakedown! That’s called “negotiating”. Why spoil it? Do you really hate the Trib that bad?

Council President Rich Fitzgerald said the proposals will be considered during a special meeting he has scheduled for Tuesday to propose a referendum question he is sponsoring, which will couple a property tax increase with any reduction or elimination of the drink tax.

Council, currently on its summer break, held a special meeting on Tuesday to grant itself the authority under the county’s administrative code to put referendum questions on the ballot. (P-G, Team Effort)

A diligent reader and well-informed malcontent alerted the Comet several days ago to the possibility (likelihood?) that County Council was mistaken in its belief that it could “grant itself the authority” to put these sorts of referendums on the ballot.

Do we have any volunteers to do due dilegence? After all, “grant itself the authority” sounds like it must be either redundant or colonial.

As we understand it, the referendum which the leadership would like to put on the ballot would be an ordinance tying any future reduction of the drink tax to a raise in property taxes. Why do this? Why handcuff the citizens of the future in this way?

If we need to pass a law that says eliminating the drink tax means raises property taxes — it must not be that way right now! Somebody alert Big Burrito!