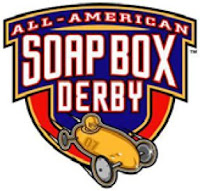 Everything that hadn’t been said about the election already but should have been said long ago is at Pittsblog 2.0.

Diana Nelson Jones’ City Walkabout is getting interesting. For one thing she is getting up on her soapbox — for another, she has leapt ahead of the curve on issues related to the Mayor’s aggressive demolitions policy.

Happy urban-dwelling Democrats: are we going to make a big deal about the Marriage Equality Bill? I say, we might as well! Who’s first? Pgh Lesbian Correspondents; OneFiveTwoOneOne; Peaks and Gutters.

Here is what I have to say about Wagner. What exactly has he done for his neighborhood of Beechview? NOTHING. Why does this man seem to exert so much power and influence? It’s all about that Ward Chairmanship that he is barely hanging onto. Why is this guy still in power? Intimidation? Luck? I think it’s a little bit of both. All throughout the campaign I met numerous Democratic Committee members who were deathly afraid of not putting a Patrick Reilly sign up in their yard for fear of Wagner coming knocking at their doors. What a disgraceful way to rule your Committee. (Pgh Hoagie)

Here’s what I have to say about that.

1) It pleases me that chaos and ill-will are still festering in the Committee.

2) It’s distinctly possible that I have no idea what I’m talking about, but … nothing Matt H writes here seems particularly troubling. Unless he would like to define “shenanigans,” which is a word I once tried to get Rich Lord to print to no avail seeing as how it is vague and subtly evasive. Everything I know about the Wagner operation stems from reading the HUDDLER, which I think we have established already is some form of surreal glimpse into the Wagnerian mind. And those people seem just fine.

3) However, Hogue does go on to call for Pete Wagner’s resignation from the Committee for “strong-arming”, “threats”, and “goon”-ish behavior, so for some in our audience that might be newsworthy and important.

We close with Hall & Oates. Have a nice weekend.

6 thoughts on “Friday Night: Another Week Bites the Dust”