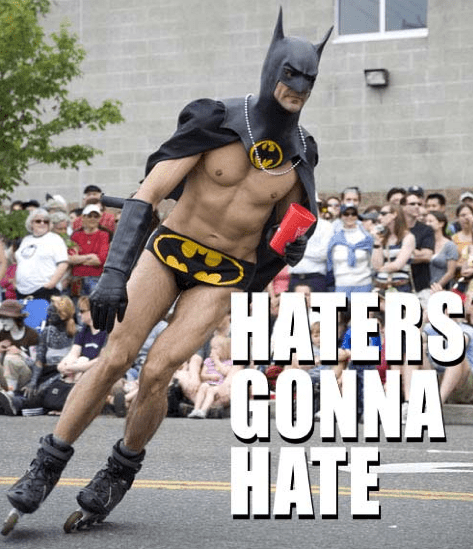 Pittsburgh Mayor Luke Ravenstahl is ready to unveil his fifth city budget with no tax increases, making him 5-for-5 during his tenure. If he were in Philadelphia, they would nominate him as Mayor for Life. In Pittsburgh, his detractors will undoubtedly shrug this off and complain that Ravenstahl was late appearing at a parade or something, or that his tie had a coffee stain on it at his last press conference. (The Triadvocate)

If history serves as any reference, this public affairs / lobbying / strategic communications / web-blegging firm out of Harrisburg and Philadelphia will get around to determining Ravenstahl should be shot out of a cannon and into a bigger cannon in about three years time — just as he’s being outfitted for a crown. And by then the Washington Post will be left wondering, “What’s their ish?“

Triad also points us in a direction we should have been looking anyway:

And while [the state Senate] thinks transportation funding is a must, all sides are standing outside the Vatican right now, waiting for the white smoke to rise from the Governor’s Office. Nobody seems to want to move until Governor Corbett weighs in. (ibid)

There seems to be a swell of griping out there about how come things like this and others aren’t moving much in Harrisburg.

In response possibly already to this gurgling public relations problem, today Corbett was all, BAM, privatization task force, and PIFF, Marcellus Shale bill. However, those still anxious over public transportation funding might have to wait to see how the Marcellus tithe shakes out. Or maybe that’s what he wants us to think — better not hold up Corbett’s drilling bill for any diddly-twink reasons, if we want transportation funding in time! So this is what chess actually looks like.

Speaking of the Marcellus, Congressman Glenn Thompson (R-PA) has some interesting news:

“Marcellus shale is something I’ve been very involved in. It’s an opportunity that comes with responsibility,” he said. “Two of my counties have a zero percent unemployment. This has been very positive.” (Ithaca Journal, Jeff Murray)

Only slightly less laughably detached from any semblance of reality, we learn from Null Space, is word that Marcellus Shale interests are taking credit (let alone exclusive credit) for the Downtown construction boom. Someone out there has got to be hosting a Marcellus Truth-O-Meter, right?

And finally, Tuesday Oct. 4th is Double Your Charitable Contributions Day at the Pittsburgh Foundation? As in, any donation to anything from A+ Schools to Zachary’s Mission will be matched by the Pittsburgh Foundation for 24 hours? That’s Church provides some suggestions out of several hundred, including Comet fave CHS. So early next week, get your Jewish New Year off to a sweet start, and may you be inscribed for a year of health, happiness and peace. L’shanah tovah!

2 thoughts on “Friday: Rolling in the Deep”