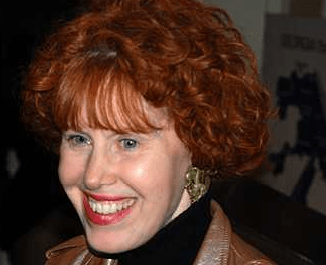 Georgia Blotzer, 59, of Mt. Washington, will try challenge Theresa Smith, 49, of Westwood, who took office last week. The other announced candidate in the primary is Rob Frank, 40, of Duquesne Heights.

Ms. Blotzer took 25 percent of the vote running as an independent after Ms. Smith won the Democratic Committee nomination, and said in a press release yesterday that she’s now “liberated to run as the Democrat that I am.” (P-G, Rich Lord)

This is an opportune moment to disclose that I am now doing some part-time communications consulting for the Blotzer campaign. You could call it pro-bono work, but it would probably be more accurate to call it volunteerism.

The views expressed here on the Comet obviously do not and will never in any way represent the views of Georgia Blotzer, Democrat.

Now then. This is also a good time to mention something that had been percolating in my brain since Theresa Kail-Smith’s inauguration speech. I would not confuse this with a message that will resonate strongly among voters, but it does encapsulate some of the reasons why I find myself so supportive of Ms. Blotzer.

First, let us recall some of the speeches by the last crop of new members of Council:

“Our steel mills are gone and our economy is declining,” [Mr. Burgess] said. “Our population is dwindling and our residents are becoming older. Our neighborhoods remain economically and socially homogenous, and our city’s poor remain trapped in a cycle of inter-generational poverty.”

Mr. Kraus, who is openly gay, cited gay rights icon Harvey Milk, a San Francisco politician who was assassinated in 1978 “so that one day, some 30 years later, one’s orientation would no longer be a factor in determining their ability to serve as an elected official.”

He called for “a city where all people are invited to our great common table, to share in an equal voice and have every opportunity to participate in the stewardship of their futures, and have access to every resource that will lift them and their loved-ones up [to] the very highest quality of life.” (P-G, ibid)

Mr. Dowd called for “ending the old politics of personality” so council can help “craft a new vision for Pittsburgh.” He said he decorated his new office with “some smelly shoes” that he wore every day while knocking on hundreds of doors during the campaign. “They will stand in my office for the next four years, and they will remind me … of the importance of communication and connection” with the people who elected him. (P-G, ibid)

Not quite as powerful, but a quick look at his campaign website reminds us that his message at the time was all about ending “patronage” and government’s “culture of entitlement”, which I think is where “the old politics” comes in.

These folks came into office wanting to make a lasting mark.

Smith had comparably far less to say on her big day — aside from several appeals for “unity” and a great show of appreciation for the Committee ward chairs who made her victory possible (Mark Rauterkus). As far as an agenda, she did approach the question of “what is in the best interests of serving our constituents, and how are we going to make it happen?”

These were her thoughts on that:

When we can answer that by working towards compromise with respect — decisions with dignity — we will have one voice that will extend beyond the united community to a pulsating Pittsburgh.

Pulsating Pittsburgh? I wonder whose office wrote that. The speech was probably written by committee (no pun intended) but that wasn’t the Theresa Smith with which I was familiar.

Respect and dignity were both underscored for effect. How do we unpack that line? It’s tempting to assume, “It means nothing, it’s an inaugural speech, it’s just platitudes”, but I really think she said something there. Translated:

By keeping the real debate about the city’s future behind closed doors, and by ignoring calls for what would be disruptive “reforms”, those who are accustomed to our way of government can continue to spend the public’s time and energies on large-scale new construction that excites our constituents, caters to our suburban neighbors, and enriches our contributors. If we support this agenda faithfully, District 2 may finally host some of this development.

It’s not as though that strategy doesn’t have its internal logic — but it’s nothing District 2 hasn’t tried before. Hopefully, this campaign will be about ways to craft practical, ambitious solutions to District 2’s challenges (and to Pittsburgh’s challenges) and bring about what we are all clear the District’s voters seem to want: CHANGE.

10 thoughts on “Gettin’ On the Midnight Train to Georgia”