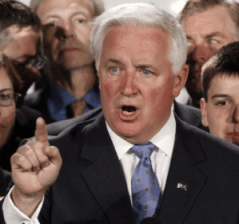 When Democrats noticed that the web site address “tomcorbettforgovernor.org“ was available, they decided to have a little fun.

That site now displays a banner reading, “Corbett: One-Term Governor,” along with criticism of Pennsylvania’s track record under the Republican in regards to job creation, education and fiscal responsibility. A footnote reads, “Paid for by the Pennsylvania Democratic Party.”

But the former state Attorney General was not about to take it lying down.

Corbett campaign attorneys sent a letter to the Democrats claiming that the website violates the candidate’s trademark rights and right of publicity, and that a “confusing similarity” with Corbett’s actual campaign website reveals a bad faith intent to profit. They warned that they are considering “serious measures” to pursue “all available legal remedies” if the perpetrators do not “cease and desist.”

In response, attorneys for the Democrats wrote that the name “Tom Corbett for Governor” is not a registered trademark nor could it be made a trademark, that their website is legitimately protected parody, that Corbett’s claims are without merit and that they “respectfully decline” to take the material down. State party chairman Jim Burn confirmed to the Comet the Democrats’ intent to continue use of the site.

“On the one hand, American traditions of political expression give candidates and parties pretty broad discretion to use humor to attack their opponents,” says Professor Michael Madison, who writes and teaches about information law at the University of Pittsburgh.   “And of course, if you can’t attack your opponents by name, even to raise money for yourself, then the game is pretty much over.” 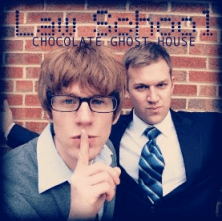 Neither Corbett’s campaign manager nor digital director replied to voicemails seeking an update. An email sent to the campaign’s contact address bounced back. A tweet inquiring about communications elicited no response.

This is not Corbett’s first dust-up at the intersection of information, power and politics.

In 2010, Attorney General Tom Corbett subpoenaed representatives of Twitter to appear before a grand jury to divulge the identities of anonymous bloggers critical of Corbett’s allegedly “political” and “hypocritical” handling of major cases in his office, such as over corruption in the Legislature.