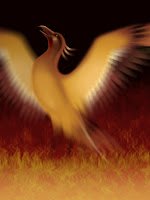 The Hill Community Development Corp., which purchased the building in 1995, expects to receive a $500,000 grant from the state’s Redevelopment Assistance Capital Program. It will be paired with a $250,000 grant received from The Heinz Endowments in May 2007.

“We need to secure the roof, and work on bracing the left side of the structure,” Milliones said. Community input — and more fundraising — would precede redevelopment of the building.

“Given its history, we’d like to see . . . a percentage of that space used to celebrate the cultural legacy of the Hill District,” Milliones said. “But it’s a huge building. Our opportunity for redevelopment is very versatile.”

Remember though, when it comes to the remainder of the necessary funding, city redevelopment agencies last year were expressly forbidden from direct investment in Hill District organizations like this one — and that all funds garnered through the “Neighborhood Partnership Initiative” as part of the tentative CBA will be controlled by what are unfortunately self-avowed rivals of this one.

Yet that’s only as of today. If renovation on the massive structure begins later this year and looks promising, and if hearts soften and if minds change, then anything is possible.

Meanwhile, over on the One Hill side of the coin, it appears almost as though city leaders are stringing along neighborhood residents, having cleared for the moment another irritating procedural hurdle and/or public relations meltdown. (C-P Chris Young)

According to Redwood, inking a deal as soon as possible is critical since One Hill is losing precious time to develop the Master Plan with the city, county and Penguins for the 28 acres surrounding the new arena. If the Oct. 1, 2009 deadline for the plan, which is written into the tentative deal released by One Hill, comes and goes, Redwood fears that the Penguins will have the freedom to develop the land as they wish, without community input.

An employee from Urban Design Associates, a design and architecture firm that developed Crawford Square in the Hill District, says master plans can take anywhere from a month to a year to finish. Although 28 acres isn’t considered a very large piece of land, its location in an urban setting will require more condensed development. Consequently, plans could be more involved and take longer to finish.

This has played out several times before. The difficulty is, if there are in fact any advocates for effective Penguins sovereignty over the land, they would only need only to repeat this dance one or two times more before the puck drops and time expires.

Even considering that, there’s a buried lede in the article:

“I’d be really interested to know what is required by council,” says City Council President Doug Shields, adding that he has not yet seen a written contract. “I haven’t had the benefit of legal counsel on what we can agree to and what we can’t agree to.”

We’d be curious also. As courageously as One Hill has labored to negotiate this tentative agreement, and as promising as it looked when the URA signed on, it is still unclear how one quasi-governmental instrumentality and one quasi-exclusionary community coalition can arrange to appropriate functions that ordinarily would be carried out, transparently and with clear lines of accountability, by the Department of City Planning.