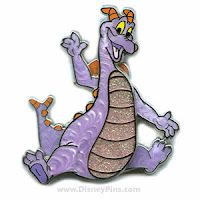 We have a correction and an explanation to make regarding our latest post on the Hill District.

There are many other organizations, and the relations amongst them are confusing. But those three units are the important independent units.

Both Marimba Milliones of the Hill CDC and Dr. Kimberly Ellis AKA Dr. Goddess of the Minister’s group contacted the Comet to assure us that they are very closely allied with one another.

This would explain why Mayor Ravenstahl said (wishfully), “I don’t even know if the two groups are going to agree.”

We suspect that One Hill is closer to accepting the terms of the CBA proposal as put forth by the Penguins and Ravenstahl than are the Ministers. See below.

Some organizations and individuals are actually a part of both groups. Both factions claim to be larger, and more representative of the Hill. We know that some in the Ministers’ group have had their voting privileges formally revoked by One Hill, for having “negotiated” on the outside.

We would be happy to receive a briefing.

Another example of an individual is Dr. Kimberly Ellis, AKA Dr. Goddess, AKA The Ministers’ Imp.

Where on earth did we get that?

On Dec. 12, 2007, at exactly 1:10 PM, Dr. Ellis wrote an exhaustively long e-mail to the Hill District CBA distribution list. The subject was, Get Rid of Divisive Elements, so Ujima Can Continue. Ujima is defined as “collective work and responsibility.”

Another good title would have been, The Case Against Tonya Payne as an Elected Official.

It starts off slowly, but grows into the Declaration of Independence — only much more dramatic and specific. Here are some selections:

In case those of you who attend One Hill meetings haven’t noticed, every time there is any talk of confronting the Pens as developers or the Mayor about the CBA, Tonya and her people fight against it.

She offers many specific, dated incidents as evidence. Contact her at ryhnogames@gmail.com to request your own copy and make your own inquiries.

I have not trusted Tonya Payne because she almost sold the Hill District ‘down the river’ with her Isle of Capri / Pittsburgh First shenanigans during the slots license application process. BUT, I was willing to give her a chance—and I did—and she knows this. After she stabbed us and our entire community in the back (again!), she lost any amount of faith or trust I had to give to her.

If there is still anyone left in One Hill, Pittsburgh United and/or throughout the community who wants to continue to allow her and her minions to do the Pens’ dirty work by continuing to try to foment division between those of us who have always stood with you and them, then be my guest—but we aren’t going anywhere.

The epic e-mail generated its share of angry responses, including this from somebody who shall remain nameless:

I would rather be Councilwoman Tonya Payne’s minion, than the ministers’ Imp.