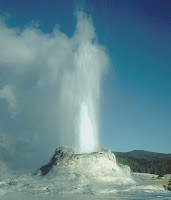 The C-P cover story by Violet Law, among many other things, describes an election that the One Hill CBA Coalition held for its executive committee.

All four positions were available, among sixteen candidates.

Bomani Howze, who must get tired of reading that he is Sala Udin’s son, narrowly won vice-chair over another Tonya Payne ally.

This Saturday at 12:00, at the Hill House on Center Ave, there is a huge meeting to prioritize elements that might make it into the formal CBA proposal.

UPDATE 3.0: A Pittsburgh UNITED representative characterized it as a “big unveiling.”

Hill District activist Kimberly Ellis aka Dr. Goddess also wrote a column in that same issue, about Luke Ravenstahl of all things.

She worries about the gifts the Penguins have been giving him:

Will it affect his ability to secure a Community Benefits Agreement, ensuring that Hill District residents and other stakeholders have some say in developing the 28-acre arena site, and improving the neighborhood around it?

I am not qualified to judge whether Ravenstahl engaged in ethical violations. But I can say with certainty that fulfilling the needs of Hill residents, and holding the Penguins accountable as developers, is the most ethical thing he could possibly do. Especially if it is done the right way.

She has some suggestions as to “the right way.” Spoiler alert: It’s far, far more than a grocery store, and will likely not entail a Trader Joe’s any time soon.

These are the words of Dr. Goddess to the Comet:

“Will she talk down our asks, or will she be our representative? Some people see her relationship with the Pens as an asset. I am one who does not. I saw what she did with the Pens and Isle of Capri.”

Kimberly Ellis was among the many who opposed Isle of Capri — the casino proposal in the Hill District tied to a new Penguins arena, championed by Councilwoman Payne (and Councilman Peduto, and at times Mayor Ravenstahl).

The significant and well-covered neighborhood protests must be credited — along with key traffic concerns and Don Barden’s sunny disposition — with giving us a North Side casino and a casino-free Hill.

The Penguins went back to the drawing board to negotiate a Plan B.

We asked Dr. Goddess what Councilwoman (and URA Board Member) Payne meant by this puzzling statement during a URA / Hill District meeting in mid-June:

“If the community wants me to go to the Penguins to ask them for a CBA, I will do that,” Payne said. “But I will ask them to support only the One Hill coalition — no other terms, no other conditions.”

Dr. G explains that while the City spent the winter and spring negotiating non-CBA development with the Penguins, the community was being kept in the dark.

Some residents and other stakeholders held their own meetings — and came up with a “terms sheet,” or a list of demands.

As it became evident that these organized stakeholders and their demands were gaining support, Payne settled upon Carl Redwood’s Hill District Consensus Group as her new vehicle — a group which begat the One Hill coalition.

The Comet calls this “leadership.”

So not only did Payne pledge some tepid-sounding, Penguins-friendly leadership towards a CBA at that meeting — she was trying to make sure those pesky stakeholders couldn’t find a way around her again.

Unless Carl Redwood welcomed them into the fold of One Hill. Which he did. That’s where we are today.