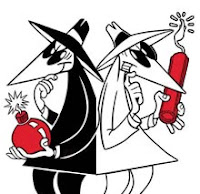 This morning, the One Hill coalition introduced the negotiating team elected by the community to pursue a Community Benefits Agreement.

Buried somewhat within a P-G Belser & Belko article, is word that nine Hill District ministers have written to Ravenstahl, Onorato, and the Pens requesting their own meetings.

Mr. Redwood said yesterday he did not know why the ministers, some of whom he described as members of the One Hill coalition, are seeking their own meeting with government leaders and the team.

“They don’t represent the Hill and to claim otherwise is divisive,” he said.

City Councilwoman Tonya Payne, who represents the Hill District, said the One Hill coalition was created so there “would be one voice that represented the entire Hill District.” She said it was wrong for the ministers to be seeking their own meeting.

“The community has voted on who they wanted to negotiate a community benefits agreement. They selected negotiators. I think it’s terribly unfair that [the ministers] would be that presumptuous that they would come out and say they would be better negotiators than the ones chosen by the community,” she said.

As a measure of how well the One Hill Coalition seemed to be jelling, not only is Councilwoman Payne now leaping to defend them, but Kimberly Ellis AKA Dr. Goddess told the Comet recently:

I’m just pleased that the Hill will be properly represented, no matter what. I remain thankful for that. Everybody is saying that “ten years ago” we didn’t have this kind of leadership. I don’t know what happened ten years ago (heck, I was in college) but myself and others are here now, so . . . no matter what, we’ll be there.

If you could keep those two characters playing nicely in the same tent, with no knife-fights breaking out, you had reason to believe you were really getting somewhere.

Suspicious minds might assume that the nine renegade ministers are somehow a creature of the Penguins, sowing discord and confusion. Yet they are the ones holding out for a no-strings-attached check for $10 million in development money — a hard pill for the Pens to swallow.

One Hill is making no such vague demands — they seek things like priority hiring and job training for union jobs, the rehabilitation of specified cultural assets, and a few key items like a grocery store. Perhaps the bold demand for up-front cash is meant to siphon off community sympathy, making One Hill seem less tough by comparison.