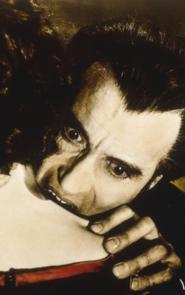 There’s a danger in contemplating the existence of a discrete, well-connected network of symbiotic contractors, financiers, attorneys and political operatives in terms of counting up whether those individuals get too many of those government contracts which happen to exist. You know: did that one go to a Network guy? How about that one? Was it competitive at all? What is their batting average?

This kind of thing is so much more interesting:

“When you look at the mayor’s history, you can see that he’s been in favor of new development, no matter the cost,” said Scott Leib, president of Preservation Pittsburgh, a nonprofit group dedicated to preserving the region’s historic, architectural, cultural and environmental heritage. “It’s definitely not surprising, but it is disappointing.” (Trib, Adam Brandolph)

It’s very hard to imagine why any self-respecting contractor network would seek to foster in its governments feelings of deep respect and inspiration over the possibilities which historic structures might offer. After all, preserving and adapting these mean less total conventional work, less total bond issues, less total churn and upheaval, and less total that is potentially at one’s own disposal.

This isn’t about the Civic Arena or an Aldi, and it certainly isn’t simply about historic preservation. I’m more interested in what happens generally, in terms of the broadest of policies, when our leaders take as their most trusted advisers — mentors from day one — members of an ambitious network of service providers (who, incidentally, are in it for the long haul).

8 thoughts on “Historic Preservation: Where’s the Juice in That?”