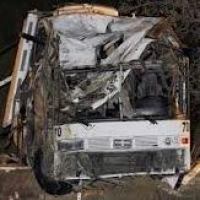 By Helen Gerhardt: Community Organizer for Pittsburghers for Public Transit
(This post does not reflect the official position of the organization.)

Rep. Dick Hess (R), majority chairman of the PA  House Transportation Committee, has introduced amendments to the transportation funding legislation which, if passed, would gut most of the funding sources for public transit originally proposed in Senate Bill 1. Required local matches for state funding would be significantly increased, most probably requiring various tax hikes on working people here on the home front, with no mention of local corporate and “charity” giants such as UPMC as possible contributors to the infrastructure they profit so handsomely from. Instead, the amendments would mandate that 10% of public transit routes in both Philadelphia and Pittsburgh would be put up on the block for private companies to bid on for their own profit.

Without the very basic life-support funding that SB1 seemed to provide for our own region’s public transit, Port Authority will, as Republican Senator Randy Vulakovich emphatically stated to PPT representatives just over a week ago, “enter a death spiral.” If these new amendments pass, we would almost surely see cuts in service starting in September of 2014. Many communities and working families in the greater Pittsburgh metro region have already been terribly damaged by the 30% cuts over the last ten years.

And privatization has been tried around the country again and again, with mostly seriously negative results for the riders, drivers and regional economies that depend on a healthy, well integrated mass transit system. Dr. Lynn Scholl highlights a few of the common consequences of turning over public transit systems to for-profit companies in Privatization of Public Transit: A Review of the Research on Contracting of Bus Services in the United States:

…under-insurance; substandard vehicle maintenance; higher levels of pollution, congestion, and accident rates; as well as inadequate coordination and integration of routes and fares….private transit operators may leave the less profitable routes underserved. The lower wages and benefits paid by private bus companies has often resulted in higher labor turnover, less qualified drivers, and lower productivity, leading in turn to declines in the safety and quality of service.

The Republican amendments have not yet been posted at the General Assembly website but the current word is that House Republicans will try to pass them by Tuesday. The bill would then go back to the Senate.

So there’s time yet to raise a ruckus over this great transit wreck. Recent ruckuses by riders in Brazil caused their government to reverse bus fare hikes. Such examples may provide some inspiration for some public transit supporters whose hopes have been crashed by the failures of more traditional forms of democratic communication with their elected officials.
I’ll be commenting far more extensively on current developments when I have direct access to the text of the new draft of SB 1. Previous drafts can be found here.