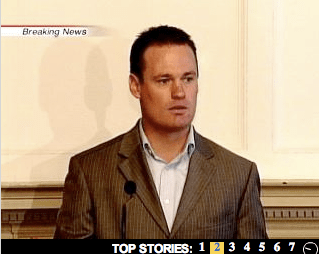 “Nobody in my office, nor myself, has ever been contacted by any investigatory agency,” the mayor said.

“We have never, not once, been contacted — let me be clear — by any federal investigator or any investigator of any kind.” (P-G, Rich Lord)

I’m from Beechview, and the URA had ushered in a man by the name of Bernardo Katz to Beechview, claiming he was a developer. He got about $750,000 of taxpayer money, so-called “loans”, but they’re not being repaid.

And I was very concerned because that happened behind the community’s back, and it looked to be very clear there was illicit activity going on. And my staff researched it, and it’s our belief that the URA has received a subpoena — a federal subpoena on that case.

Miller asks if she had received “confirmation” of this.

No, but I have had conversations with officials from the URA, speaking about that particular case in my own district, my own neighborhood — and they made a decision on those properties and I asked the question, “Was this because you’ve received a federal subpoena?” and the answer was “Yes.”

There’s no telling what the scope of any such investigation might be, but it does sound from this like the URA was recently contracted by the Feds in regards to an investigation — and the URA reacted.

One thought on “Inconsistency?”