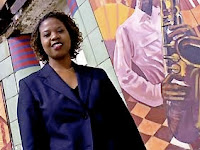 “I don’t think we’re much farther along than that letter,” she said.

We had just asked Marimba for her take on the current state of negotiations between the city, county and Hill leaders.

That letter is the one Tonya Payne called a good document — and that One Hill proceeded to burn.

“Per the Mayor and County Executive’s commitment made in September, the Hill Faith and Justice Alliance will review the CBA before it is made official.”

The alliance, formerly known as the minister’s group (of which Marimba Milliones is part) acknowledges that the One Hill CBA coalition is taking the lead on the string of negotiations with government officials.

“It is our expectation that One Hill will make sure that the CBA is fair and substantive,” Milliones continues. “In which case, we will happily join them in signing off.” This is the substance of the joint sign-off that was discussed here.

The differences between the two groups of concerned Hill District residents are legendary and boring. Suffice for now to know that the minister’s alliance arose in Jan 2007 (CORRECTION: It “arose” as early as May 2006 and was quite active by November 2006). One Hill came about later.

Milliones is quick to highlight the essential points of agreement between the two groups.

“The problem is that the Penguins are not even at the table.” This dovetails exactly with the most persistent message of Carl Redwood, chairman of One Hill.

“I support One Hill, and many residents and community members who are involved in it.” However, she fears that too many of them are fighting for a perceived victory.

There is a lot of pressure, as Marimba describes it, on some of the component constituencies of the One Hill CBA coalition — unions, foundations, elected and party officials, certain institutions — to just sign something already. To claim a victory and be done with it.

“Which in essence is a failure for the community benefits effort.”

What is so objectionable about what the city and county are offering thus far? Isn’t it mostly a matter of tightening the legal language?

“Reinvestment. First of all, it dictates how any ‘$1 million investment’ will come back to the community.”

She refers to URA and Penguin money for a grocery store, the major piece of progress unveiled on that day of the city and One Hill unity. Milliones acknowledges that the Hill needs a grocery store — but questioned the need to lead with that exact item.

“Did that do that for a media victory?”

On the subject of being dictated to, we ask whether her group’s initial “terms sheet”, including its demand for $10 million in development funds, was not overly unspecific and in need of tighter oversight.

She happily referred us to the original document.

5. In addition to the Hill District CBA, an amount of $10 million and an annual contribution for a minimum of 30 years shall be directed to the Greater Hill District community’s development interest. These funds shall be used as seed money for land banking, business and economic development. This contribution may be contributed from various sources ranging from tax credits or other public means to expected revenues from the arena and proposed development.

“Land banking,” underlined Marimba. “Our estimation based on costs of vacant lots was about $9 million.” Most of this fund, therefore, would be used to purchase parcels of developable land for community initiatives — i.e. right back to the government or the Penguins.

Who gets to decide what gets to be done on that land, and who gets to own it?

“The Greater Hill District community’s development interest was left purposefully vague,” answered Milliones. “We didn’t feel it was appropriate to steer it to any one interest.”

In its original conception, according to Milliones, the investment resources would be steered from a community development corporation — with five seats from city and county government, and four seats to represent the Hill District.

(CORRECTION: Marimba writes to us: I have never made this statement, and it wasn’t a part of our original conception. I think you are confusing the development fund with the Masterplan discussion. In fact, this is the configuration that One Hill is proposing for the Masterplan. The HFJA believes that any steering/oversight committee must be fairly monitored and directed by the appropriate Hill stakeholders. This requires participation from One Hill and the HFJA, perhaps even others.)

One Hill has fought for the same arrangement, she says, which is good — but One Hill wants to appoint all four spots. Milliones characterizes such a thing as irresponsible and divisive; the four seats should be as wholly representative as possible.

Yet One Hill presents itself as a wholly representative group in itself, owing to its internal processes. Milliones along with several others were once full members of One Hill, but were officially excluded for having “negotiated outside” of the group — an infraction the Comet was informed by One Hill that every member was made to forswear in writing upon joining.

Marimba shakes her head. “We never signed a document. We were never shown any rule.”

(CORRECTION / CLARIFICATION: Marimba writes to us: I may have signed a membership document, and I certainly submitted one electronically. BUT that rule was not a part of the membership form. Understand, One Hill was brand new and had very loose rules and little documentation at the time. They were trying to find their way. In fact, One Hill didn’t pass an action regarding negotiating *outside* of One Hill until we joined. That was a very divisive action because they were fully aware that HFJA was working on this issue with the City, County and Pens long before they were conceived. Indeed, HFJA was responsible for securing the commitment for a CBA from all parties by April 2007. One Hill was formed in May of 2007. We could not drop the issue cold and leave it in the hands of a fragile new organization with heavy political, union and foundation influences. They were really struggling to find their way. They are a bit more stable now, but still struggle with managing these varying interests.)

Milliones does not relish having to explain any of this. She knows full well that most outsiders are viewing this as a squabble over resources and power.

However, that does not deter members of her Hill Faith and Justice Alliance from making a strong case for the concepts and initiatives of their own members — which they insist are valid examples of genuine public benefits.

“Look — 75% of the development corporations [in the Hill] are faith-based,” she points out. “They didn’t fall out of the sky.”

Within the black community, the church has been the institution that has most often stayed, survived, and gotten involved. You use the resources you have.

“You want to talk about separation of church and state? What’s with all the YMCA’s?”

This gets us back on the topic of city and county executives “dictating” the terms of reinvestment, instead of any set-aside development funds for the community to influence. As an example of a community center, for example, Milliones asks what’s wrong with utilizing the New Granada Theater.

“At one time, the Granada had 1500 seats. Our plan moving forward will be to create it into a mixed-use space: commercial, office, cultural and maybe residential. We will need to do further evaluation on what this emerging market demands.”

We have a hard time wrapping our brain around this. We had always imagined the Granada Theater was an adorable and somewhat rinky-dink old theater, much like the Kelly Strayhorn in East Liberty.

“Oh no.” Marimba stares at us in the eye for a long beat, and starts shaking her head. “Oh, no no no. Get that out of your mind.”

She goes on to describe a huge space and community asset, that was once a vibrant locus of activity and culture in the Hill District — that is waiting to be adapted to different uses. She says there is already a lot of foundation money pledged towards its restoration — but it must be unlocked by additional outside investment.

Milliones offers tours of the Granada Theater — she calls it the very heart of the Hill District. If there is going to be any significant reinvestment at all in the Hill, the pursuit of this one, in her opinion, should be a no-brainer.

The bulk of the civic development strategy, coinciding with this vast reshuffling of the landscape brought about by the Penguins, should be geared towards populations of “mixed income — allowing more people to return” and reinvest.